By focusing on the welfare of someone else, James had gotten the full benefit of the Ninth Step.

On the principle of starting with the most-available, easiest-to-access, demonstrably-effective tool, we usually advise even nonbelievers to try the Step fellowships. If they don’t work, there are other tools. However, the Steps may benefit from a little “re-engineering” to increase the nonbeliever’s chances of success. Here’s the next “Re-Engineered Recovery Tool,” the Ninth step:

Step Nine: Made direct amends to such people wherever possible, except when to do so would injure them or others.

The writers of the Steps inserted several qualifying terms and phrases. In Steps Three and Eleven, “God as we understood Him,” while still fairly misogynistic, reminds readers that definitions in the ‘god’ area aren’t fixed, and variants are not just acceptable, they’re desirable. In Step Nine, we come across the qualification about avoiding injury to others when making amends.

Aside from the obvious–who wants to do more harm when they’re trying to undo harm they’ve already done?–there are some important reasons for this. Let’s look at two case studies to examine how not to do it, and how to do it. (These are based on real situations, but we’ve changed some of the details.)

The Wrong Way to Do It

Sharon was thirty-seven when she experienced deep remorse over harm she’d done by having an affair with a married man, which ended shortly before she entered treatment. It was pretty lurid, with the wife hiring a private detective, publicly confronting them, and threatening divorce. His breaking off the affair precipitated Sharon’s last drinking binge, during which she came (drunk) to their home in the middle of the night, broke windows, attempted assault, and was arrested for drunk driving.

Six months into sobriety, she decided she needed to make amends for both the affair itself and the damage, assault, etcetera. Her sponsor counseled her to wait. It hadn’t been very long, the situation had been pretty volatile, and Sharon didn’t know how things were between her former lover and his wife. But Sharon fretted over her feelings of guilt, telling the sponsor the situation was weighing on her mind and interfering with her sobriety.

In the end, she decided to visit him, unannounced, at his work place– that way he’d not have to make a decision about whether to see her, and potentially stir up trouble more trouble with his wife, but it would be somewhat public. Seemed like a good plan to Sharon. They did meet, and she told him about her sobriety, her newfound commitments to humility and unselfishness, and her reviving career in acting.

He received it well and told her about the struggles he was having to save the marriage. She apologized, and he reassured her, taking responsibility for his part in the affair. Sharon felt great. As she stood up to leave, he offered her a hug, which she accepted, and which turned into a rather passionate ‘good-bye’ kiss that left them both a little teary-eyed. And when the embrace broke up, there in the office door was standing…  you guessed it… the man’s wife.

In her quest to relieve her own feelings of guilt, and explain her new understanding of humility and unselfishness, Sharon had focused on what was still most important to her.

The Right Way to Do It

James had embezzled more than $100,000 over the four years he worked for his employer, an elderly immigrant who’d trusted him and treated him like a son. Most of it had gone up his nose. But when the theft had been discovered and accountants had fingered James (by then in treatment,) the old man had stoutly defended him, and refused to press charges.

When he discussed it with his sponsor during a fifth step, the complications piled up. James explained that since the old man had refused to prosecute, the police had dropped the investigation before they uncovered the full extent of his theft– and if it came out now, not only might he have to do jail time, but the old man might be assumed to have been complicit in the theft, and his name could be dragged through the mud. James worried that at his age (the man was 88) and with his temper, a ‘worst case’ scenario could really damage his former employer.

After some discussion with his sponsor, James decided to ask the old man for an appointment, and tell him that he wanted to make amends, but that some of the conversation might be upsetting and maybe even lead to big trouble for both of them. And if he didn’t want to hear it, James would just apologize, and offer to keep it all to himself, forever.

But when he got to that point in the meeting with his former boss, who’d been overjoyed to see him, James got a surprise: The old man told him he’d known all along about the theft. He astounded James by telling him the exact amount of the theft, something James thought only he’d known.

James was dumbfounded. “Why didn’t you turn me in?” He asked. The old man explained he knew James was a good person, and that meant more than money to him. He’d had experience with jails in “the old country,” and he thought James could do better without that.

“How do I ever repay you? I feel like I’m more in your debt than ever,” James wanted to know. The old man told him to pay it forward. “Give someone else a chance, like I gave you.”

By focusing on the welfare of someone else, James had gotten the full benefit of the Ninth Step.

Working the Ninth Step: Remember the list you made for the Eighth Step? Pull it out, and look it over. Beside each name note first, whether you feel like making amends to this person, and second, whether you think it’s possible and/or practical to do so now. It’s not a time-limited process– many people do this over the course of years. Wherever you’ve noted both the desire and the possibility/practicality, jot down a plan for making amends to this person, paying attention to any factors that might facilitate inadvertent harm. Discuss each plan with a sponsor or trusted adviser who understands the step process. When you have a solid agreement on the best approach, start making amends. 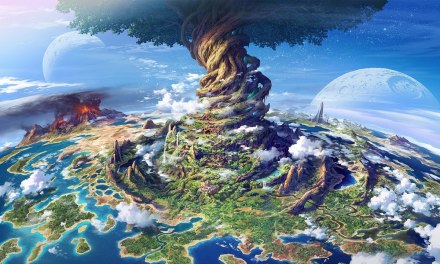 The Readiness is All

What to Look for in a Sponsor