Changing how we live isn’t easy to accomplish, even with step-by-step instructions.

It’s all very well to talk about being ready to take a “leap of faith” in recovery, but for non-believers, the first hurdle emerges:  Faith in what? Let’s look at three versions of the “Higher Power” that can help us recover.

The Traditional Deity:  Most religions personify ‘God’ as having a range of totally UNhuman (omnipotent, omniscient, etc.) qualities and some all-too-human ones: Jealous, vengeful, loving, angry, demanding, etc. Some non-believers reject these anthropomorphized descriptions of god but remain open to the idea of something unknown, many more simply reject the whole concept. Belief in a deity works to help people recover through the experience commonly called “conversion:” A perception of being touched or turned by God, removing the compulsion to drink and promoting life-altering changes in belief and action. It’s worked for many, but not often enough to make a dent in the larger population of addicts & alcoholics.

The Twelve-Step “God of Our Understanding”: The 12-Step Higher Power reflects the diverse attitudes of AA’s membership. It’s been a subject of debate since the earliest days of the program, and language like “Power greater than ourselves” and “God as we understood him” reflects the controversy. The steps focus on leaving the definition of “God” up to the individual, but they acknowledge that achieving recovery still requires faith. The 12-Step program is not as much about “giving up” alcohol or drugs as it is about learning to live without them. Changing how we live isn’t easy to accomplish, even with step-by-step instructions. And while steadily working the Steps, relying on help, and believing you can recover isn’t as spectacular as a conversion experience, it’s every bit as far-reaching.

Chronic Disease Model: “Whatever Works”: Those who believe, as we do, that addiction represents a chronic disease, acknowledge the value- even the necessity- of faith to the recovery process. But the criteria for judging the quality of a spiritual approach is that it works. There’s only one condition for this Higher Power: it has to be something other than you. And it doesn’t need to stay the same throughout recovery- in fact, it rarely does. Place your faith where it will help you the most. At the beginning, it might be simply the faith that by submitting to detox and treatment, you’ll achieve a substantial benefit like keeping a job or a marriage. Further on, it might be faith that a counselor’s help or treatment intervention will give you the foundation for sobriety. Still further on, belief that recovery support has value in keeping you sober.

The “Reasoner” versus the “Reactor”

Being a non-believer need not have any intrinsic effect on your recovery. But like the believer who assumes that “God won’t let me fail,” non-belief carries its own pitfall. We relate this to a “Reason versus Reaction” model of non-belief. (To be clear, most non-believers have both- but often one is stronger.)

The “Reasoner” has adopted philosophical skepticism based on reflection, study, and analysis. This promotes comfort with her own position, and tolerance toward the differing views of others. They distrust emotional motives (even their own) and may view themselves as overemotional (rarely true) and reject anything that seems based on ‘feelings’ (like ‘faith.’) By applying analysis to the role of feelings, and acknowledging them as a rational basis for action, the Reasoner can move past the barrier of distrust.

The “Reactor” derives skepticism from negative feelings about God, organized religion, and the people associated with it, and is often carrying a lot of anger. They may attach their anger at being in treatment or needing to recover to the anger associated with their skepticism, and get “stuck.” Any reference to faith, God, religion, spirituality and similar concepts can become an excuse to reject useful recovery tools and/or relapse. Identifying the anger and acknowledging it will be important to overcoming its power to derail recovery.

Even the most dedicated atheist can be vulnerable to the lure of “false gods” or “gurus” who lead you in the wrong direction entirely. They often take the form of an individual or group who offer the ‘easier, softer way’ to recovery, or promote a ‘cure’ for the disease. Especially noteworthy are the ones who don’t require abstinence, and who keep you in their treatment program (and paying) during multiple relapses, “working out psychological issues.” Here’s a news flash: If you’re an alcoholic or addict, the only issue of importance in early recovery is whether you’ve used, or had a drink, today. If you’re a compulsive gambler, it’s whether you’ve placed a bet. And so on.

Lower powers spring from the desire of sick addicts and alcoholics for magical answers to their problems- especially answers that don’t involve giving up the booze or the drugs. You can tell when you’re involved with one because you aren’t getting better. You might “understand” your childhood trauma better, or improve communication with your spouse, but overall, your life continues to deteriorate. A guru with a powerful, attractive personality can help maintain the self-delusion that the therapy is “helping,” but you keep trying, keep failing, and keep paying. You won’t actually make any progress until you drop out of therapy and apply yourself to the real task: sobriety. 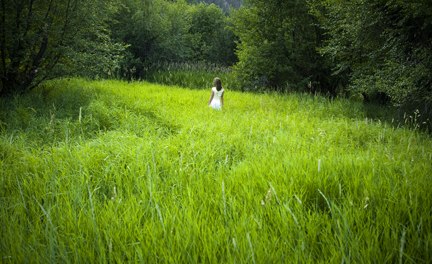