It took a while to develop effective guidelines for use of psychiatric meds with a population that was already addicted. 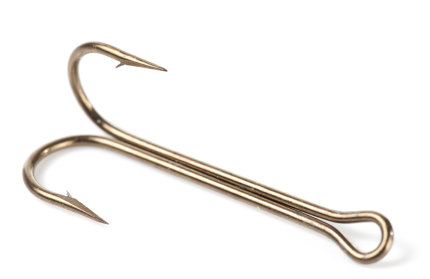 Imagine you’re one of those people who suffer from both alcoholism and diabetes.

You manage to quit drinking. But your blood sugar still periodically runs out of control. You suffer the very unpleasant (and sometimes dangerous) effects of that.

Conclusion: Quitting drinking helped a lot. But until you get your blood sugar managed, you’re going to feel like crap. Or worse.

Same thing applies if the second disorder is depression instead of diabetes. Some people quit drinking and find that in some respects, they’re actually more depressed. That’s a sign there may be a depressive disorder involved. One that requires treatment, too.

It took a while to figure out the best way to address this dilemma. Physicians tried treating the alcoholism first and then sending the patient on to psychiatry. But many were so depressed they couldn’t manage to stay sober in the first place.

They tried treating depression first with therapy and meds, while the drinking continued. That was a failure; drinking made it impossible to relieve the symptoms of depression. And some alcoholics overdosed on the combo of booze and psychiatric meds.

Eventually they tried integrating the two approaches. They’d develop a treatment plan to address both. That seemed to work much better. Not perfectly, but better.

People with two disorders responded pretty well to treatment. One study found that depressed alcoholics recovered at about the same rate as those without depression. Oddly, their AA attendance was a bit more consistent than their un-depressed counterparts.

There was a struggle in the recovery community over the issue of taking meds. Many 12 Step members had bad experiences with psychiatry. It took a while to develop effective guidelines for use of psychiatric meds with a population that was already addicted.

Those guidelines (I’m oversimplifying a bit):

Start by confirming the symptoms. That involves using one of the standard instruments for assessment of mood and affect. This is just to make sure you really need the med at this particular moment in time.

Rule out possible other causes. Medical and physical conditions can strong affect your mood, too. When did you have your last physical?

Confirm the response. Once you’re established on the medication, check back as directed so the doc can determine 1) whether you’re experiencing undesirable side effects, and 2) if you’re getting the desired response. If you aren’t, the doc can adjust the dose or even change the medication.

Don’t rely solely on the meds to make you feel better. Studies suggest that meds work better when combined with a program of counseling that helps you re-orient your thinking in more positive channels.

I Think Maybe I Made a Mistake