CDC gives cigarettes credit for more than 480,000 deaths a year, in the US alone. 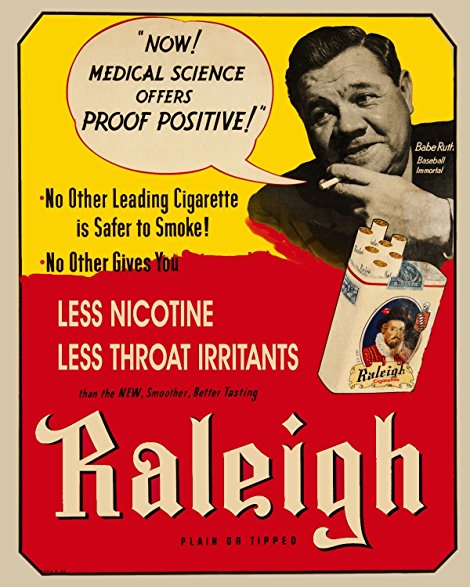 From time to time someone asks my opinion on which of the  commonly abused substances is 1) most addictive, and 2) most harmful. I usually go with the humble cigarette. Tobacco can be ingested in multiple ways, and harm can result from any of them. But the cigarette is truly a marvel of drug delivery– it’s been called a “crack pipe for nicotine.”

There is some new evidence in support of that.

When you talk to adolescents about why they first picked up any drug, it’s in the firm belief that “just one time” can’t possibly hurt. The study seems to contradict that. If 7 in 10 go on to some level of daily smoking, that helps explain the extraordinary health consequences that plague us as a society.

There’s really nothing to compare. CDC gives cigarettes credit for more than 480,000 deaths a year, in the US alone. That’s equivalent to the population of Kansas City, Missouri. At 1,300 deaths a day, it’s one-fifth of the national total. Smokers die on average 10 years earlier than nonsmokers.

There’s a big part of our health costs right there.

Much of this is attributed to the advent of the commercially manufactured cigarette. It was the engine behind the lung cancer epidemic. Prior to its introduction, doctors rarely saw a lung cancer case.

As the popularity of smoking grew, the marketplace was flooded with cheap products in lurid packaging.  By the 1930’s, many ads touted cigarettes as an aid to good health and sports performance. Golfers like Ben Hogan, baseball players such as Babe Ruth and Stan Musial, and footballers like Frank Gifford all served as cigarette pitchmen. Ultimately, though, it was doctors themselves who showed up to make claims on behalf of the coffin nails. It makes for an interesting read.

And of course, now we’re seeing equally exaggerated claims on behalf of e-cigarettes.

In the end, this is just raw capitalism at work. The more successful a product, the more competition it draws, and the greater the temptation for the seller to boost sales with unsubstantiated or even purely imaginary claims of health benefits. That forces real experts to devote valuable time and money to refuting them.

It’s ironic that the two drugs (alcohol and tobacco) that produce the most severe health consequences are the ones our society makes legal, and therefore widely available to the public. No, that doesn’t make a lot of sense. Still, it appears as if opioids, particularly in the form of fentanyl et al, are racing hard to catch up.

In the News: Prince’s Pain