I long ago realized that no matter what happens, I’ll be one of the ones left to deal with the casualties. 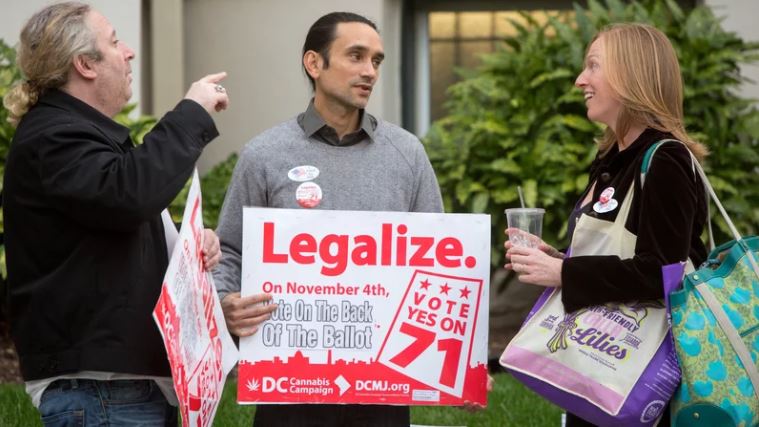 A truly rational debate about legalizing cannabis can be difficult to find. It’s just too emotional an issue. The good folks at the Vox website bravely accepted the challenge. Far as I can tell, they did an excellent job at identifying the key issues without getting lost in the rhetoric.

And recorded the result (below).  On one side: Paul Armentaro of the National Organization for the Reform of Marijuana Laws (NORML). He’s a veteran campaigner for full legalization of cannabis. On the other side we have Will Jones III of Smart Approaches to Marijuana (SAM), which supports decriminalization as the more realistic alternative. Anyway, here’s what they came up with:

It won’t put an end to the arguments, however. I used to joke that the debate over marijuana would never be resolved unless and until one side gained access to weapons of mass destruction and nuked the other. Eventually I realized that even that probably wouldn’t be enough.

As someone who works in the addictions field, I’m mostly in the role of observer, rather than participant. No matter what happens, treatment folks will be left to deal with the casualties.

Meanwhile, the politicians go about the business of sausage-making. Our state just added anxiety disorders to the qualifying conditions for medical marijuana. “You mean it isn’t already?” asked a counselor. “That’s what my patients use it for. That and sleep. Have been ever since medical marijuana began.” Added another: “Just  go online and they’ll tell you what to say to get your card.” Chronic pain is apparently the favorite. “Almost everybody has some pain they can point to,” she explained.

So why add anxiety? Maybe to attract more patients. Keep the medical side from losing customers to the recreational vendors. I’m told that’s happened in a number of other states. For instance:

Are recreational cannabis laws associated with declining medical cannabis program enrollment in the US?

I did stumble across an article on the topic in an online publication aimed at commercial cannabis businesses. Apparently now persons diagnosed with Generalized Anxiety Disorder (GAD), Social Anxiety Disorder, Panic Disorder, Medication-Induced Anxiety, and Phobia can sign up for medical pot. It’s seen as a very good thing from the sellers’ perspective.

That will be because anxiety disorders are the most common category of mental health disorders — with about 40 million sufferers nationwide.

You have to wonder how many will decide to accept the invitation.