Opioid Medication Therapy and Continued Use

Everyone acknowledges the problem but accurate tracking seems to be a challenge.

Something new on the market: a high-tech gadget to make sure that folks comply with their take-home methadone or Suboxone regimens. The idea is to prevent the user from taking more than the planned dose at a given time (such as, for instance, half a week’s worth).

It’s allegedly “tamper-proof”, although addicts have been known to overcome all sorts of obstacles in the quest for drugs.

There was a time when methadone access was strictly controlled, but at many clinics those restrictions have loosened over the years, and take-home meds have became commonplace. With buprenorphine, the restrictions are minimal, as the idea is to get the medication into the hands of as many addicts as possible. Controlling its use is secondary. Thus the appearance of products such as the above. At nearly $600 a pop, I don’t know how many they expect to sell.

As long as I can remember, there have been stories of clients saving up their meds for diversion, mainly in the form of resale on the streets or in jail. Buprenorphine commands a good price and seems to have become the drug of choice, replacing methadone. Here’s a brief look at the data.

Maintenance meds suppress withdrawal, and at recommended doses rarely produce drug euphoria. But taking extra doses is a way of overcoming that barrier, and both methadone and buprenorphine can produce a definite high when combined with other common substances. A benzodiazepine sedative, for example, or a stimulant such as cocaine or an amphetamine. One OMT patient claimed the popular combo among his peer group involved Xanax plus the antihistamine Benadryl plus clonidine, a blood pressure med. That last isn’t used much for detox anymore, but they must have found a source. Anyway, if you didn’t have take-home privileges, you could just drink your morning dose and retreat to another location to ingest the rest. “If you can keep from falling asleep, you get a real nice buzz that lasts all afternoon,” the patient reported, with some pride. Quite an achievement, I guess, provided you could beat the occasional drug tests. Apparently the folks at his clinic had discovered a way.

And there’s always the old standby, booze, provided you can resist the temptation to overdo it.

How common is this sort of polysubstance use among maintenance patients? It’s certainly not unusual. Everyone acknowledges the problem but accurate tracking seems to be a challenge. Clinics report relatively few positive urine tests, but then again testing can be infrequent, and not all clinics are careful about the process. Tests cost money, and sometimes it’s cheaper to collect the specimen but not send it on to the lab. “The guys [clients] don’t know,” one counselor explained. “So it’s still a deterrent, right?”

I don’t think he realized that once a client gets a false negative result when he knows the test should have come back positive, it just reinforces his conviction that he’ll beat it the next time, too.

Supplemental “self-medication” of this type might help to explain the remarkably high dropout rates at some clinics. If you’re on maintenance and still using, there may come a time when it seems like too much hassle to keep on pretending. 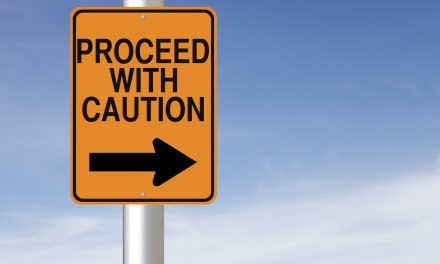 Why Do We Keep Losing Bids?