She probably felt Adderall didn’t count because it was prescribed. A common mistake. 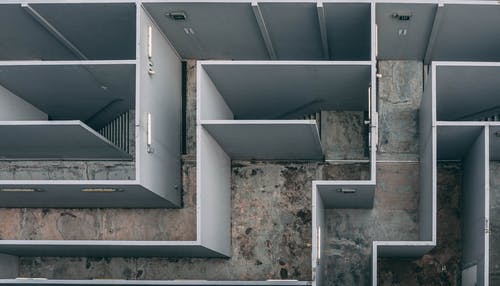 Warning: This is a sad story about a 34-year-old woman, struggling to recover from addiction, who died in the storming of Congress on January 6. At first thought to have been trampled in the crush, it was later determined that her death resulted from an overdose of a stimulant, possibly her prescribed Adderall, a common amphetamine. More on that later.

As it turns out, she was also deeply involved in the QAnon conspiracy, apparently convinced she was doing her part to help save the country she loved from an evil cabal of liberal pedophiles who had stolen the Presidency. More on that later, too.

Here’s the article in the New York Times that first caught my attention. It’s focused on her political involvement, but it’s the recovery aspect that interested me.

Death of QAnon Follower at Capitol Leaves a Wake of Pain

In the way of cult members, the more energy and time she devoted to QAnon, the less effort she put into her relationships with family and friends. I suspect she wanted to avoid their skepticism, and after a while they may have wanted to avoid her rants on child sex trafficking at furniture stores. Most people find that sort of talk disturbing. To a believer, it represents a reality the rest of us can’t or won’t acknowledge. In their view, it’s everybody else who is deluded.

About Adderall: the family seems to think the medication was prescribed for a nervous disorder, and for a while at least, it helped. Given her history with substances, however, any use of an amphetamine should have been closely monitored for evidence of problems. No indication here that it was. She may well have taken more than was safe, including on the morning of January 6.

Adderall has been criticized as overprescribed, frequently for off-label uses. ‘Off-label’ simply means the drug was approved but not for the use you intend. It’s not uncommon; about one in five prescriptions is off-label. That’s a billion or so annually. Sounds like a lot, and it is.

Defenders argue that off-label prescribing is needed because the FDA approval process takes too long and costs too much. Off-label is a way to get around the delays and get the medication to patients right away. In some instances, that precious FDA stamp of approval never arrives, so doctors simply continue prescribing the drug, and patients keep on taking it. It isn’t an ideal situation. Still, it is what it is.

Back to the pedophilia angle: this is a common theme in a number of different conspiracy theories. Best explanation is that few other things have the necessary shock value. That’s important if you want to draw an audience. The notion of organized rings of powerful people trafficking in children is one of the few outrages that retains its power to shock people.

Don’t forget, conspiracy theories have to compete for attention. “What are you gonna do to make them seem worse?” said one expert. “I offer you pedophilia.”

Conspiracy theories don’t need to make much sense so long as the audience finds them scary enough. That fear is then reinforced once the newcomer locates and bonds with others who feel the same way.

The woman who died on January 6 was described as those who knew her as being ‘mostly’ sober since she left rehab. I’m never sure what that means – anything from brief lapses to forced abstinence (“I was in jail”). She probably felt Adderall didn’t count because it was prescribed. A common mistake.

Last but not least, I should mention the tendency of some recovering folks to get way overinvolved in certain groups and activities as a way to distract themselves from drug use. Dr. Pursch described this line of thinking as, anything worth doing is worth doing to excess. I recently heard a therapist describe a recovering patient as “Crossfit Crazy”, in terms of over-exercise to the point of injury. I imagine some of what gets called ‘Internet addiction’ is really just folks in recovery going overboard with their online life.

Here we had a woman with unstable sobriety, an obsession with a conspiracy theory, and a questionable medication regimen. Given the circumstances, I can’t see any responsible therapist advising her to head off to Washington DC, join up with a mob, and storm the US Capitol. Yet that’s exactly what she did.

By the way, she’d often talked of her desire to become a counselor and help others. A colleague of mine summed it up: “I think her heart was in the right place. It was her brain that got lost.”

The Natural History of Recovery – Cannabis