It probably wouldn’t occur to the average American to ask the local casino for information on the risks of gambling, but cannabis consumers seem willing to rely on industry websites for the truth about that drug. 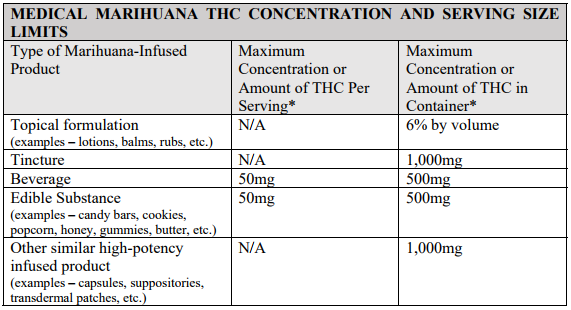 By way of followup to a recent post on cannabis potency: A few years ago, I mentioned that as far as I knew, there was little if any difference between so-called medical marijuana and the stuff that was sold for ‘recreation.’ A friend who was there jumped all over me. “They are not the same,” she insisted, going on to claim that medical marijuana was specially formulated to optimize pain relief, and didn’t contain THC that would produce a ‘high’.

I wondered where that information came from. Not from the journals I’d been reading. Was I missing something?

The issue came up again in conversation with an old friend who’d been enrolled on medical marijuana for several years. He spoke authoritatively of different varieties and preparations involved but when I asked about the THC content, he seemed at a loss. “No idea. Wouldn’t know where to look.”

Odd, because for me, that would be the first question I’d ask about any cannabis product I planned to consume. There had to be a disconnect somewhere.

After roaming cannabis sites on the Internet, I was surprised to find how harmless cannabis was made to appear. Even at high THC levels? Exploring further, I learned that in many states, little or no quality control data is available. At this late stage? How could that be? “Most likely they’re just not checking THC levels,” a colleague suggested.

That would mean the makers and sellers themselves aren’t sure how much THC is in a given sample of their products. If that’s true, how do we know that medical marijuana is different (and presumably superior) to the stuff sold for recreational purposes?

Good question. Surprisingly, the pandemic is helping us get an answer. During lockdown, medical dispensaries were declared ‘essential businesses’, allowed to remain open while the nonmedical vendors shut down. That made things easier to investigate.

In brief, looking across a range of products from than 650 dispensaries in Maine, Massachusetts, New Hampshire, Rhode Island, Vermont, Colorado, New Mexico, Washington, and California, researchers found no significant differences in THC content between ‘medical’ and ‘recreational’ products.

Which could help explain why medical marijuana program enrollment often declines once recreational products are legal. Many will switch, on the grounds of “why not? It’s the same stuff.”

An article containing a link in the text to the research report itself.

There’s No Significant Difference Between Recreational and Medical Marijuana in the US, Study Claims

It turns out the ‘medical’ products often contained way more THC than was warranted — even beyond levels that experts deemed entirely safe. The explanation may lie in the belief that CBD, the ‘healing’ component, interferes with THC when both are together in a product. I can see how that might make a CBD product less attractive to the average customer– we all want to be healed, sure, but what’s wrong with getting a little buzz at the same time?

So it appears that chemists (and botanists) set out to find ways to increase THC content. Result: many CBD products are currently sold with THC content at or above 15%.

Or as one savvy patient put it: “people would pay good money for that on the street.”

I suspect that the cannabis industry version of consumer education is along the lines of a TV infomercial promoting benefits and minimizing risks. Slanted, in other words, in the seller’s favor. That’s the American way, isn’t it?

The weird part is how trusting customers are in what the cannabis industry tells them. I doubt the average person would ask the blackjack dealer for advice before placing his bet — or worse yet, trust that advice.

Likewise, seems to me the media has been awfully kind in their coverage of this nascent industry. I don’t know why, since the research certainly indicates we should be asking questions. An example: take a very important population when dealing with any drug use– pregnant females. Turns out that’s a group where cannabis use is steadily increasing.

Check it out, from NBC News:

States have already gone ahead with legalization, so that ship has sailed. Why not acknowledge some likely consequences we’ll face as a nation? And maybe start managing risks?