When we think of denial, we picture someone angrily insisting he doesn’t have a problem. But denial is more subtle than that. 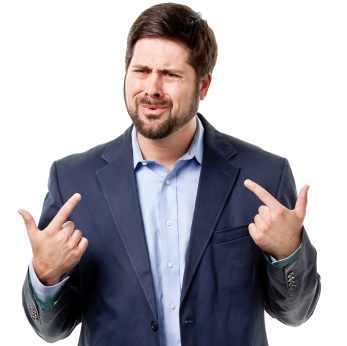 When we think of denial, we picture someone angrily insisting he doesn’t have a problem. But denial is more subtle than that. It’s the alcoholic person who excludes the very possibility of alcoholism from his thinking.

Denial isn’t confined to people with alcoholism, and anger doesn’t always come into it. Some time ago I went to the doctor for some problems with back spasms. The nurse took the usual history and asked me some questions about my back: had there been prior instances? Was there a history of back problems in my family? I answered no without hesitation. This was the first time, and hopefully the last, for me.

Wasn’t til later that a friend reminded me of some things I’d completely forgotten. “Didn’t you injure your back as a teenager?” she asked me. I had to stop and think. Oh yeah, I had. But that went away after a month or so, didn’t it?

“And doesn’t your mother have a history of bad back?” she pressed. “Sure”, I acknowledged, “but that was from a fall she took when I was little, and the pain improved once she took up yoga…” The more I talked about it, the more things came back. I began to realize that in fact, I did have a history of back problems, both personal and family.

The more I thought about it, the more anxious I got. Wow, is there something really wrong with my back? Maybe even something permanent?

Anxiety motivates denial. Something scares us, and without realizing it, we push it down below the level of our awareness. It’s not in the frame, so to speak. We automatically exclude it from our thinking. We’re convinced it’s not important.

This is what the alcoholic person does. And it’s wrapped in anger because alcoholism, unlike everyday back problems, is stigmatized. People look down on people with alcoholism as weak or irresponsible or lacking in discipline. And alcoholic people are aware of this. Hyper-aware of it.

The antidote to denial is what my friend used with me: evidence that contradicts my perception of things. That evidence has to be presented in such a way that I don’t see it as a full-on frontal attack, because once I get angry, I probably can’t hear anything but the voice in my own mind, saying over and over, you’re weak. You’re a failure. You’re disgusting. And I’m going to lash out.

Most alcoholic people keep a full quiver of evidence that they believe proves they don’t have alcoholism. People who love them must be prepared with evidence that contradicts it – good, factual, clearly-presented evidence, readily available when we need it.