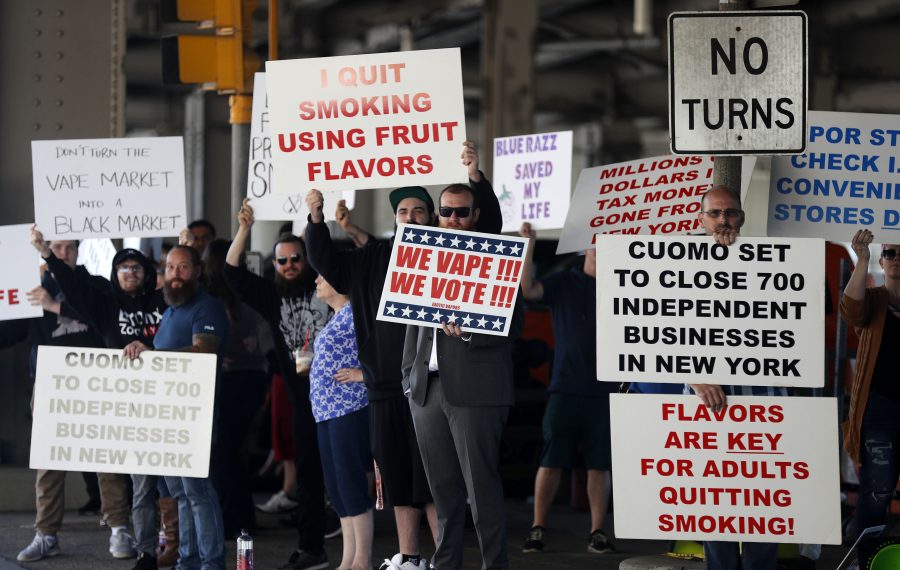 There have been a number of recent articles on the rapid spread of vaping-related illness. Here’s one that asks us to consider full legalization of cannabis products as a possible solution to the problem:

The vaping illness outbreak is strengthening the argument for legalizing marijuana

The reasoning is as follows: our current system of state laws and regulations around cannabis products is woefully inadequate, both in terms of design and enforcement. Can’t argue there. I’m less sure that Federal legalization and control is the fix. Federal agencies do have a lot of expertise and experience to offer, but has it resulted in much success? Think prescription painkillers, heroin, fentanyl, cocaine, methamphetamine, hallucinogens…

By the way, the new vaping illness now has a CDC-approved name. It’s E-cigarette or Vaping Associated Lung Injury (EVALI).  Being something of a contrarian, I immediately renamed it E-cigarette or Vaping Injury to the Lungs (EVIL). But I realize the vape industry would object. They’re already strongly opposed to most regulation. And busy ginning up support among their customers — I’ve seen photos of demonstrators carrying signs that read “I Vape and I Vote”.

Something I didn’t know that I learned from the article: “Dried herb typically contains 10 to 20 percent THC. THC vape oils can contain much more. “[They] typically have 70 to 90 percent THC…”

That’s just scary. Imagine the amounts of THC ingested by someone who vaped daily at the 70% level.  What sort of tolerance would that require? What kind of withdrawal syndrome would follow an attempt to stop, or even cut back? Would it increase one’s risk of addiction? (or if you prefer, a severe Cannabis Use Disorder). I can’t imagine your risk would go down. Now I’m wondering if vaping THC at those levels doesn’t represent a whole new form of CUD, not just an extension of the old.

Some questions I had:

I’m thinking of misuse and abuse, dependence and addiction, among others.

Anyway, I don’t have a personal position on legalization of cannabis. Looks to me like that ship has sailed. Either way, we’ll have to live with the consequences, whatever they may turn out to be.