I’ve always been a bit nervous when I see somebody new in recovery get themselves deeply involved in one sort of crusade or another. 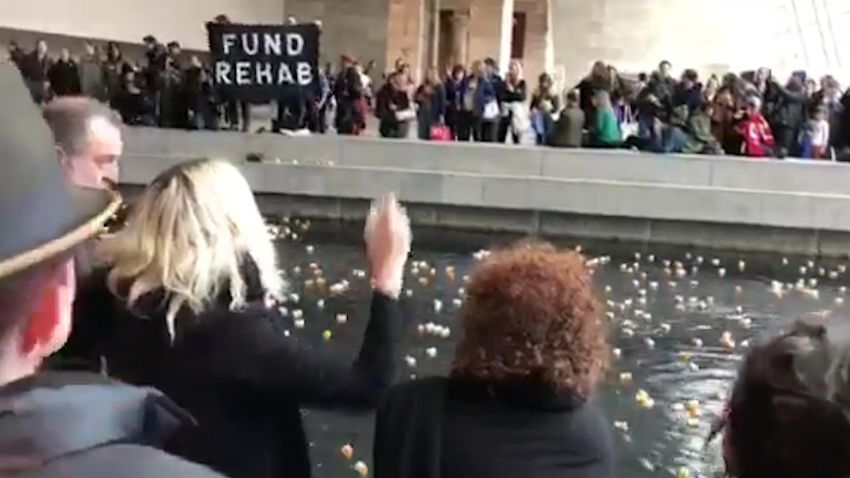 The first story involves a famed NY artist, herself in recovery from opioid addiction, who sets out on a mission to help bring down a powerful pharmaceutical firm. And succeeded.

Nan Goldin on addiction and taking on the Sackler dynasty: ‘I wanted to tell my truth’

I was familiar with Goldin’s photography, that chronicled the underground life of New York City with great skill and sensitivity. First in recovery from heroin, and later a victim of relapse triggered by prescription painkillers, she became a vocal leader of a movement focused on bringing down an “empire of pain” — the part owned by the Sackler family, well-known for their philanthropy in the Arts. They were also the makers and marketers of Oxycontin.

It’s a fascinating story. If you’re interested, there’s a new, prize-winning documentary that should be in release soon, if it isn’t already.

All the Beauty and the Bloodshed

The Guardian article delves into Goldin’s own experience with addiction. Her heroin use, she firmly believes, set her up perfectly for Oxycontin. Whereas loss of control over heroin had been gradual, addiction to Oxy was a matter of days. Two weeks after her first use, she was swallowing 15 of the painkillers daily. It wasn’t long before she began crushing and snorting it through a straw. After that came fentanyl, followed by the inevitable overdose. Followed by a return to rehab and subsequent struggle to recover.

That’s when she set out to change the world, or at least one very destructive part of it.

Having been a working counselor, I’m always a bit nervous when somebody so new to recovery gets themselves so deeply involved in one sort of crusade or another. Personally, I’d much rather see the focus on their own health and welfare, especially in those crucial first years. That’s when most of the really dramatic physical and emotional adjustments are required. I would usually advise them to reduce the stress in their lives wherever they could – certainly not to voluntarily increase it.

But not everyone took my advice. I suspect Nan did the opposite and came out stronger for it. Congrats to her.

But I also want to acknowledge that things can turn out badly, even for someone with the best of intentions. Take Jess Harvey, an advocate for recovery causes in Portland, Maine. Jess died in 2020 of an overdose, at 28 years old. Here’s that story:

‘He was so young’: Recovery community mourns loss of advocate who died of suspected overdose

Not every mission, no matter how selfless or inspiring, ends happily. You knew that already, I expect.

One of the counselors familiar with the events noted that in his full-on charge to save the lives of others, Harvey never fully separated himself from the community and culture of active drug users. “To me, that’s just asking for trouble,” the counselor argued. “Face it, you have to put your own recovery first, if you want to hold onto it.”

I might have said the same thing, had I been there.