It’s not a mystery why so many addicts lapse in those initial months. That’s completely understandable. The important thing is that they climb back on the bike and ride on to success.

One way of looking at the problem of lapse and relapse in those initial months of recovery: it’s all about conditioning. Stimulus and response, repetition and reward.

It’s perhaps easiest to grasp with cigarette smoking. A pack a day smoker puts away an estimated 75,000 puffs of tobacco every year. That’s 75,000 times that the smoker takes a hit off a cigarette and experiences an immediate reward. Or if you prefer, an average of 205.48 times a day. After a dozen years, he or she is closing in on a million puffs. Lot of repetition, lot of reward.

Then the smoker decides to quit. Could be because of the cost, or doctor’s orders, or the family is tired of a stinky house. It’s all over now.

Except the brain — that very complex organ — doesn’t quite get it. Somewhere along the line, it’s concluded that you truly need nicotine. And begins sending you reminders, in the form of craving.

Insert nicotine here, goes the message. Maybe through a vivid dream, a euphoric memory, actual hunger for tobacco, or even the reappearance of something resembling acute withdrawal — all manufactured by your brain with the intent of getting you to resume tobacco use.

That’s when you discover that your environment is jam packed with cues that trigger the desire to smoke. Sights and sounds and tastes and smells that remind you of how great tobacco was (they never seem to remind you of the unpleasant aspects of smoking). You can’t look at a cup of coffee without a rush of desire for a ciggie. It’s as if your brain has an automatic pilot that draws you back to its favorite old routine.

No need to make a conscious decision to smoke. Just let your guard down and it will seem to ‘just happen’. The weird part is that once you have a cigarette, the craving isn’t satisfied, Instead, it seems to grow stronger. That’s the compulsive aspect. Besides, your brain argues, you’ve already blown it, so why not have another?

After all, you never really wanted one cigarette. You wanted ten thousand. The first was just the gateway to the rest.

Resist the desire, and over time it grows weaker. But that takes a while. Maybe a patch or gum or hypnosis can help. Still, it always comes down to that same, very direct choice: you smoke or you don’t.

The good news is that if you don’t have the first one, you can’t have the second. Or any of the rest. And that means your cigarette addiction cannot kill you.

It’s no mystery why so many addicts lapse in those initial months without their drug of choice. It’s completely understandable. The important thing is that they climb back on the bike and ride on towards success. 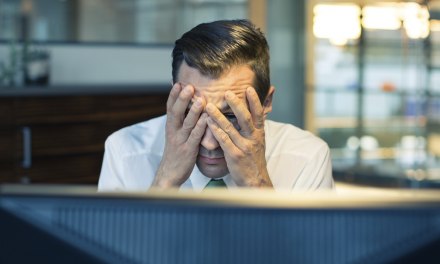 Eight Ways to Drive Yourself Nuts