“As we say with most things you come across in a national park, whether it be a banana slug, unfamiliar mushroom, or a large toad with glowing eyes in the dead of night, please refrain from licking…” 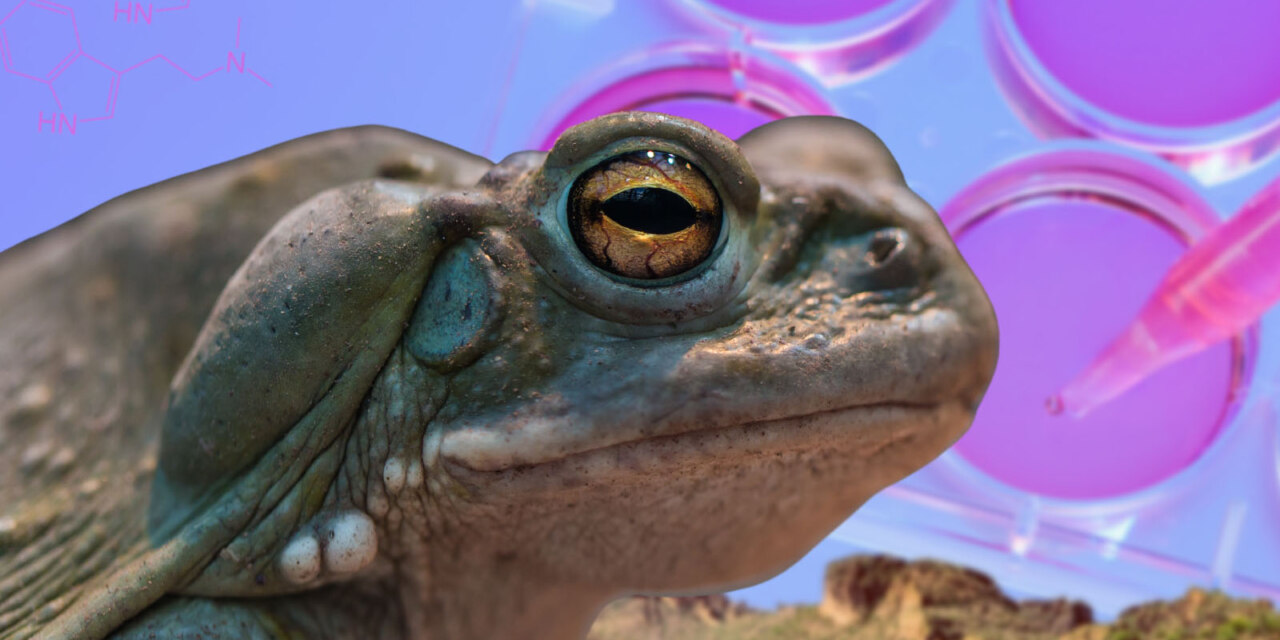 Hey, it’s not my fault if licking toads to get high just plain sounds funny.

We’ve visited the topic before. For instance, from early 2022:

There are real consequences. Here’s the National Park Service, to weigh in on the damage done by this form of frog molestation. Their message: “stop that”.

I don’t know how much impact another warning from our government can have, given the financial incentives that already exist for enterprising individuals to get into the business of farming, harvesting, and selling toad venom. Still, warnings are necessary, in view of how limited the supply of Sonoran Desert toads is currently.  According to the article, they’re already ‘endangered’ in California, ‘threatened’ in New Mexico. I hope we’re not too late.

As an aside, I’ve personally encountered two patients in addiction treatment who were brave enough to list toad venom among the other drugs in their history. Neither had actually licked live toads, only ingested something in liquid form that they believed to be toad venom. I suppose they had to take the seller’s word for it.

One of the two had a severe opioid disorder and had heard that toad venom eliminated withdrawal symptoms. It didn’t. The other described himself as a ‘hopeless pothead’ on the lookout for new experiences that straight cannabis no longer produced. Both reported visual phenomena that sounded a lot like hallucinations, along with a ‘floating’ feeling they compared to heroin. Both also acknowledged at least one ‘bad trip’ while using toad venom — nausea and vomiting accompanied by extreme anxiety.

More serious consequences have been reported by other users, including seizure activity and even death. It can be difficult to link something directly to toad venom unless we have access to the original drug sample, which is often not available. Still, it’s disturbing news.

From the Park Service announcement: “As we say with most things you come across in a national park, whether it be a banana slug, unfamiliar mushroom, or a large toad with glowing eyes in the dead of night, please refrain from licking…”

I assume they’re speaking on behalf of the toads.

These particular creatures are quite large, 7 inches from stem to stern. Glands in the head and neck produce the venom, as protection against predators, who learn to stay clear. Except for us humans, naturally.

As noted before, synthetics are already available that can do a good job of mimicking the effects of toad venom, and could no doubt be substituted for the real thing. I’d be surprised if some of these synthetics haven’t already been passed off as the real item, to gullible customers. How could you tell?

Heck, that might even turn out to be a good thing, in terms of saving the toads from extinction.