Many good interveners—including some excellent professional intervention counselors—started out as primary enablers.

When You Love a Shapeshifter, Part 5

Intervening— behavior that helps the addict or alcoholic change their behavior— is the goal. The first, and maybe most important and effective intervening action is to identify enabling and change that. It’s not always as easy as it sounds. Sometimes, people get so used to compensating for the addict’s presence in their lives, they don’t even realize they may be enabling.

An expert on alcoholism once described it this way: “The alcoholic has a drinking solution. It’s other people who have his drinking problems.”

How can we identify those “primary enablers” we’ve already talked about? Let’s look for these signs:

You can see this when other aspects of someone’s life are always taking second place to the alcoholic’s drinking/drug use. Here are some clues to listen for:

This is clear when someone is unable to accept things as they are, but can’t or won’t act decisively to change the situation. Here’s a sample conversation:

“I just can’t take this anymore. My friends say I should leave her.”

“I can’t. I still love her, really. She’ll have to stop drinking sometime and I’ll need to be there for her.”

Contradiction Between Talk and Action

There’s a dead giveaway for this one. If you hear someone (or… yikes! Yourself!) say “I don’t know what would happen to him/her if I wasn’t around…” you’re listening to a primary enabler. This is someone who may even admit that the addict needs to experience consequences for using drugs, then does everything possible to protect them from those very consequences.

Now that we know what we’re looking at, what can we do to change enabling behavior? Situation by situation, we can choose to act differently. It’s not always easy, but it works.

Back to Maida’s husband, the Human Fire Hazard:

After some weeks, we talked Maida into an experiment. One evening, with her daughter standing by for moral support, she told him: “I’ve left your dinner in the oven, and we’re going to an Alanon meeting. I thought I should tell you, though, you do get pretty careless with your cigarettes—that’s why there’s all the little black holes in the carpet around your chair, and on the upholstery. That’s pretty dangerous. Usually I catch it, but I’m not going to be here, so if you don’t want to set yourself on fire, be careful!”

And she left. Of course, she spent the whole Alanon meeting worrying about coming home to find the Fire Department hosing down a smoking ruin. She didn’t take in a word of the meeting. But that wasn’t the point of the experiment—we just wanted her to be out of the house, at a time when her husband was likely drinking.

And when she got home, there were no fire trucks. The house looked fine. Her husband was in the living room with a nearly full bottle of vodka—he’d hardly drank at all. But once she was back, he emptied most of the bottle in a couple of hours, and ended up unconscious again.

Small changes like this can give someone used to enabling a sense of what they might be able to accomplish. Once they realize that the behavior is enabling, they can pinpoint the destructive patterns and target them for change. And begin the transformation into an intervener.

Many good interveners—including some excellent professional intervention counselors—started out as primary enablers. They learned from their mistakes.

About half the time, in our experience, addicts and alcoholics become motivated to try treatment just because people around them began to change. No additional, structured intervention is needed. In time, the pressure of the disease, without the moderation of enabling, is enough to drive the alcoholic into seeking professional help.

For some addicts and alcoholics, though, some version of “an Intervention” is needed. We’ll talk about that next. 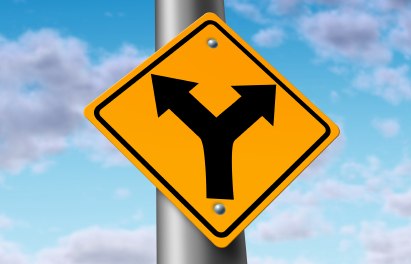 Should I Stay or Leave?