When You Love a Shapeshifter

This series of articles for families will focus on questions we get asked a lot: “How can I make my (husband, daughter, boyfriend, sister, etc.) stop drinking/using drugs?” “How can we make our (mother, cousin, girlfriend, brother, etc.) get help for their problem with (booze, cocaine, painkillers, etc.)?” We understand the problem: The drugs or alcohol have turned someone you love into a monster. How can we turn them back?

Gemma’s alone, smoking and staring at the wall after yet another humiliating disaster. This time Stan promised he’d remember. It was his own son’s birthday cake, after all. Long after the birthday party attendees had been sent home with excuses, he turned up empty-handed. And angry. It was Gemma’s fault again (as usual)- she was supposed to call and remind him. Except that she wasn’t. He promised. Why did I believe him? Gemma thinks. He’s broken so many promises…

Matt is watching the Late Show again, or pretending to. He’s actually waiting, hoping that his 18-year-old son will come home in one piece. And hoping that the inevitable row won’t escalate to physical violence. He’s given up on hoping the kid won’t be stoned or flying high on whatever substance crossed his path tonight. Seems like getting turned down for that scholarship turned him into another person, he thinks. Or was it the drugs?

Maggie cuddles up to her iPad, reading yet another article on the symptoms of alcoholism. Her husband hasn’t lost his job— in fact, he just got promoted a year ago. But in a few minutes, she’ll have to go down and check to make sure he hasn’t fallen asleep in his “man cave” with a cigarette burning, and an empty bottle of Scotch nearby. One of these days, she worries, he’ll burn himself— or the house. But he can’t be an alcoholic. He’s got a good job.

Carlos keeps promising himself he’ll get a divorce from his wife once the kids are grown and gone. But the youngest just got arrested for shoplifting and tested positive for marijuana. And although he’s had to clean up after two or three “binges” a year— all the way to committing her to a psych unit at the local hospital— he still feels responsible for his wife. If I leave her, he thinks, she might even kill herself.

Gemma and Maggie, Carlos and Matt, wouldn’t think they had much in common. Each of them feels very much alone. Yet they are all living with, and suffering from, the same disease— one that, if left untreated, will probably prove fatal to their loved ones. And maybe to them as well.

But this disease can be treated. And people can recover. They may never go back to being the person they “used to be” before the alcohol or drugs consumed them, but they can change again— for the better. Recovery requires the alcoholic or drug addict to do three things:

These things sound simple, but they’re not at all easy. In return, however, the victim of addiction gets something unusual in the treatment of fatal illnesses: a virtual guarantee of survival and the opportunity to live a normal life.

People like Maggie and Matt, Carlos and Gemma, spend months or years trying to determine whether or not their loved one is an alcoholic or drug addict. Then more time trying to decide what to do about it. And in trying to “manage” the problem, they often end up doing just about everything that can make it worse, not better. Such as:

Here’s the good news: Although there’s little that we can do to “make” someone we love stop drinking, or using drugs, there’s quite a lot we can do to help them decide to change. 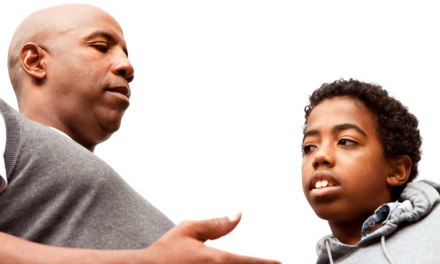