Do You Know What (Drugs) Your Kids Are Doing?

It is vital that your teen feels able to talk to you about drugs; if they are using but are afraid of the consequences of telling you it will only lead to more deception.

We all remember our teenage years, which is perhaps a reason why so many parents dread their child reaching this age themselves. While the teen years are full of youthful expectation and budding potential, they also can be a minefield for parents as they battle angry, resentful and secretive children.

One of the main concerns for parents of teens is the fear that their child may be drawn into a dark world of drugs and underage drinking. The teenage years are a time where parental authority can be entirely rejected, leaving parents feeling helpless, frustrated and unable to protect their child. Faced with hormonal changes and an ever-altering world into which they are trying to fit, teens may feel alone and confused and this is when they are at most at risk from engaging in dangerous behavior.

No matter how sensible and headstrong your child may be, it would be a mistake to assume that he or she would ‘never’ use drugs. It has been shown that drug and alcohol use among teens is far more widespread than parents may want to believe. Many people can use alcohol or drugs and never suffer negative consequences, and so it can be easy for young people to hugely underestimate the risk.

So as parents, what can you do to minimize the risk of drug abuse in your child? Firstly, it is vital that your teen feels able to talk to you about drugs; if they are using but are afraid of the consequences of telling you it will only lead to more deception. If you are educated about the effects of drug use then not only will you be able to correct any misconceptions your child has, but should they be using drugs, you will be able to spot the warning signs as soon as possible.

But during a time when both physical and psychological changes are prevalent in teens, how can you be sure what is a sign of drug or alcohol abuse and what is ‘normal’ behavior or typical teen mutiny? A top adolescent rehab center recently generated a ‘Tell-Tale Signs’ interactive quiz aimed at helping parents decipher whether symptoms are a sign of drug abuse or have a more innocent explanation. Have a look at a few of the most common warning signs and the possible explanations:

It is common for drug abusers to start being deceitful, becoming evasive, lying and often even stealing to fund or hide their habit. Certain drugs like amphetamine and crack cocaine can cause changes to brain chemistry which can further enhance secretive, dishonest and confused behavior. However, unfortunately being secretive often goes hand-in-hand with being a teenager and feeling too grown-up to have to divulge everything to parents. Extensive deception can also be an indicator of a personality disorder, especially if it’s accompanied by a lack of remorse or shame.

Drastic Changes in Weight or Appearance

A significant deterioration of physical appearance and/or grooming habits may be a warning sign, as a fixation on drugs can lead to complacency about other areas of life. Normal hygiene can be overlooked but other habits, such as spraying perfume to mask smells, can be acquired. Do bear in mind though that it is not uncommon for teenagers to want to radically alter their image!

Weight loss can occur for many reasons, and while it is typical for teenagers to experience changes in weight, a sudden and drastic loss can be significant. Drugs such as amphetamines, methamphetamines and cocaine suppress appetite and speed up metabolism, but there are also several medical explanations such as stress, increased exercise, depression or an overactive thyroid gland.

Red eyes are notoriously a symptom of marijuana use, but are also an effect of alcohol abuse. Alcohol decreases the flow of oxygen to red blood cells, causing blood vessels to cluster which can result in bloodshot eyes. Medical explanations for red eyes include conjunctivitis, allergies, eye injuries and ulcers, and if only one eye is affected it is unlikely to be due to drug use. It’s also worth noting that in this digital age, the cause of red eyes may be as innocent as spending too long in front of a computer!

Intravenous drugs can leave track marks from the needle which range from small red marks to sores and bruises, and form clusters down the inside of the arm. People using meth frequently have sores on their face and body, as an effect of meth is having the sensation of bugs under your skin which leads to compulsive picking. Burns on the hands and around the mouth can be a sign of crack and meth abuse: too-hot pipes and scorching smoke can cause burns on the lips.

Drug abusers generally bruise more easily than non-users due to the stress placed on the body and nutritional deficiencies, but unexplained bruises can also be a sign of a bleeding disorder, inflammation of blood vessels, infection or disease.

Drugs that are snorted, like cocaine, can cause nosebleeds, as the substance can directly irritate the nasal membrane. Abuse of alcohol can also cause nosebleeds, as alcohol dilates the blood vessels and inhibits the activity of platelets which prevent clotting. There are many different medical causes of nosebleeds (such as aspirin). Nosebleeds are more frequent in winter due to the drying effect of central heating and cold weather; if the membrane inside your nose dries out and cracks it is likely to bleed.

It is important to remember that by themselves, these symptoms do not suggest that your child is taking drugs. Parental instinct is often right, however, and if you genuinely feel there is cause for concern and your teen is displaying several tell-tale symptoms, it may be time to sit down your child and have a discussion.

Guest blogger Ella Jameson is a freelance writer, blogger and contributor to many different websites, blogs and magazines. Her specialist subjects include travel, food and health. Find her on Twitter at @JamesonElla 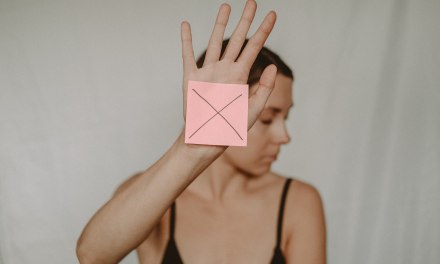 Is it Treatment Failure or Relapse?