In recovery, shame can be a motivator for change.

I recently read an article by a therapist who touted the so-called invitational method of intervention– where the substance user accepts an invite to the family meeting, fully aware of what will take place– over the classic Johnson-style intervention, sometimes referred to as the ‘surprise’ approach. The author argued that the Johnson method ‘shamed’ the addict, and was therefore counterproductive.

I’ve seen both types work well and also fail, so that wasn’t the issue for me. It was the bit about shaming.

I know that toxic shame– those internalized, chronic feelings of inferiority that are often based in  childhood as well as adult experience — is a significant issue in therapy. I know also that ordinary shame (sometimes referred to as ‘healthy’) is seen by psychologists as part of a socially well-adjusted personality. Feeling ashamed is how we know, on an emotional level, when we’re violating an important value–  for instance, when we resort to lying, cheating, stealing, or threats to get what we want.

In recovery, shame can be a motivator for change. As one man put it, when asked why he finally quit drinking: “Pain and shame, buddy. Pain and shame.” But shame can also motivate a return to substance use, and that’s one reason it so often comes up in therapy.

As far as intervention goes, in my experience, the ‘surprise’ technique is used in the belief that if the addict or alcoholic knew he was to be confronted about his drinking or drug use, he wouldn’t show up. It’s a practical consideration. Of course, since the media popularized the technique, it’s a lot harder to surprise people than it once was– they’re on the alert. Sometimes, there’s no alternative.

An example: Alma, a 28 year old heroin addict, is living with her boyfriend, a dealer. She rarely leaves the house, because she has a supply at home. She won’t return phone calls, and the last time her sisters visited in an attempt to get her into treatment, she locked them out. Her boyfriend could be heard in the background, laughing hysterically as they pounded on the door.

Anyway, the family wound up surprising Alma during a home visit by Child Protective Services. It worked, so I guess that’s what it took.

Back to the issue: I sure didn’t perceive any added shame felt by Alma because of the surprise factor. It’s just an observation, but many users aren’t at the stage yet where they blame themselves for their problems– they’re more apt to blame others, including the folks who are trying to get them help.

Is it Treatment Failure or Relapse? 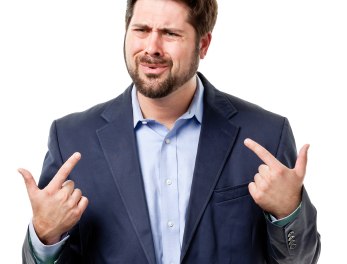