CDC reports that tobacco use is “…the leading cause of preventable disease, disability, and death in the U.S.” Nothing else comes close… 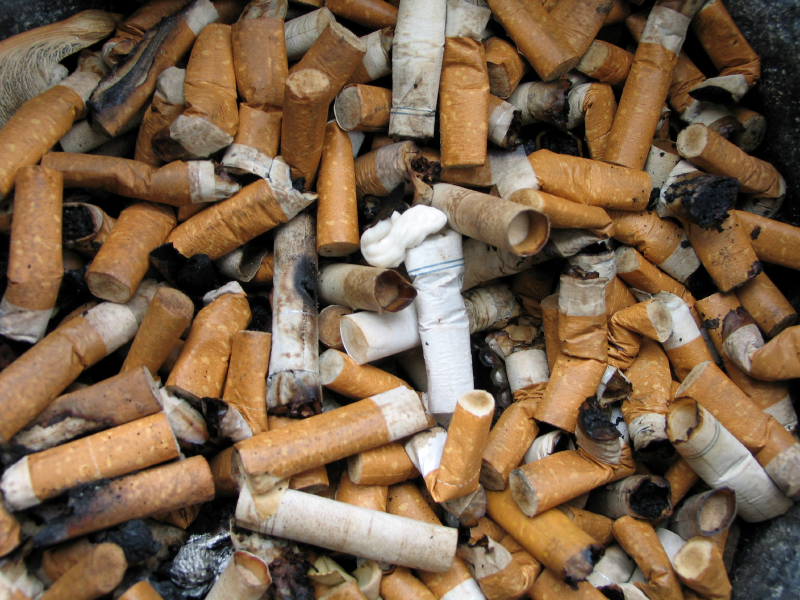 Here’s a radical idea: why not save more lives by making cigarettes less addictive? Talk about harm reduction, that’s it in spades.

The World Health Organization estimates that some 8 million people die of tobacco-related causes worldwide, every year. A million of those stem from so-called passive smoking — defined as “the involuntary inhalation of smoke from cigarettes or other tobacco products smoked by other people.”

That’s an astonishing number of deaths for one substance-related behavior. And the substance in this case is legal.

Campaigns to discourage people from smoking have been very successful, to the point where Big Tobacco has read the handwriting on the wall. They’ve branched out in other directions to replace the lost revenue from smoking. Including cannabis.

Anyway, a proposal is currently before the Administration to reduce the nicotine content in the cigarette. In practice, it’s a way to make the product less addictive.

Frankly, I wonder I didn’t think of that.

An article from Fortune, a business publication:

Tobacco companies will be forced to reduce nicotine in U.S. cigarettes until they’re non-addictive

It’s a dramatic change. Don’t forget, not so long ago the well-funded Tobacco Institute was fiercely disputing any and all suggestions that nicotine qualified as an addictive drug. That debate seems to have ended, at least. Research has demonstrates that the greater the nicotine content, the greater the risk a smoker will become addicted to smoking.

Under proposed new rules, cigarette makers will have to reduce nicotine to minimal levels. Subaddictive is the term I’m hearing used. People will still be free to smoke, but because they want to, not because addiction is driving the decision.

Apparently the United Kingdom and New Zealand are now considering an alternative approach aimed at the same goal. Their plan is to keep raising the legal age when one can smoke, year after year, until for all practical purposes, smoking is outlawed. Because it’s gradual, current smokers will have plenty of opportunity to quit smoking.

This is potentially the mother of all public health campaigns, given that CDC describes tobacco use as “…the leading cause of preventable disease, disability, and death in the U.S.” Nothing else comes close, even alcohol.

Of course, there will inevitably be resistance from some quarters — there always is with public health efforts that require change in people’s behavior. Opponents will likely portray cigarette smoking as a bulwark of individual liberty, rather than as an eminently preventable cause of death and disease.

Of course, if folks are still free to purchase and smoke cigarettes, that would rob much of the power from the opposition argument.

Ingenious. I wonder if other forms of tobacco – pipe, cigar, snuff — will be affected.

No doubt a black market for cigarettes will still exist — one exists now, and cigarettes aren’t even illegal, just expensive.

I can picture an outlaw tobacco trafficker explaining his business model.

“Look, I’m just giving the customer what he wants. If I didn’t do it, someone else would, right?” As if it’s a weird kind of public service he provides.

The article notes that “…The U.S. Food and Drug administration would have to draft a proposed rule and open it for public comment. After it published the rule, tobacco companies could sue, delaying implementation.”

That could take several years, and who knows? By then, legislators beholden to Big Tobacco could be back in charge of Congress.