I’d argue that for many years, we paid too much attention to acute withdrawal and too little to the other aspects of opioid recovery, especially relapse prevention. 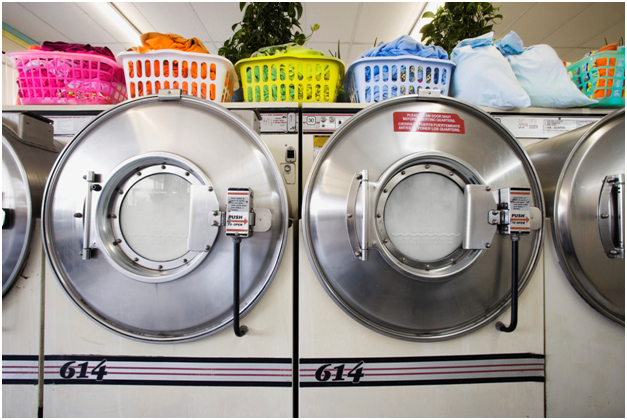 Here’s a recovery story that truly surprised me. It appeared in The Washington Post, which has a paywall. You might be able to read it even if you’re not a subscriber, so feel free to try the link below, or try the archive version.

As an ex-heroin addict, I know getting off opioids is near impossible

Why I found that so startling: I know a fair number of individuals who are themselves in active recovery from very severe opioid addiction. Some are relatively new to recovery, others have more than twenty years. Surely their experience counts, doesn’t it?

No one is claiming getting off opioids is easy, but impossible? Far as I’m concerned, that’s just not true.

“Withdrawal,” according to the sub-heading, “is the most important aspect, and it’s barely given lip service in the response to the opioid epidemic.”

I’m confused. For many decades, opioid treatment was arguably too focused on the acute stage of withdrawal, and neglectful when it came to myriad other aspects of opioid recovery — especially relapse prevention. America ended up with a system one expert compared to a washing machine–“goes in dirty, comes out clean.” And like my shirts, often promptly got ‘dirty’ again.

That began to change in the late 1970’s, with renewed emphasis on post-detox recovery and the patient’s ability to maintain it. Detox remains crucial, but as one counselor, himself in recovery, put it: “Kicking dope’s not that bad. I should know, I must have done it hundreds of times.” That revolving door of return to use is what we hope to prevent.

In this case, the writer describes herself as “…a married, middle-aged woman, taxpaying homeowner,” who became a ‘degenerate’ heroin user [her words] before finding a path into stable recovery. Along the way, she concluded that “…the medical community and lawmakers have never appreciated what withdrawal — or getting dopesick — does to a human being.”

If she means that the typical healthcare professional doesn’t have much knowledge of or experience with addictions, that’s true. For most, there’s an extended learning curve involved. It was for many years a neglected aspect of medical training.

“More than once,” she writes, “I’ve read this phrase describing opioid withdrawal: The patient will experience flu-like symptoms… That must be the most inaccurate statement in medicine. A friend says doctors always leave out the part about ‘psychic death’”.

It’s hard to deny that acute opioid withdrawal does resemble a bout of flu in several key ways. It’s time-limited and includes such symptoms as runny nose, sweating, fever, muscle and joint pain, cramps, nausea and vomiting, insomnia, headache, and often, considerable anxiety. The severity of someone’s withdrawal experience can vary, depending on the extent of recent use, the patient’s overall health and medical status, and the presence of other disorders. Most heroin users I’ve known haven’t adhered to a schedule of regular physician visits, so it’s not uncommon for someone to arrive in treatment with a number of untreated medical needs, as well as detoxification.

Nonetheless, the writer describes a withdrawal process of unusual intensity. Here she is: “It took a month to detox. Then I thought about killing myself every day for 58 straight days. For two months after rehab, I seriously considered suicide as a practical alternative to what I was experiencing.”

“There is no flu that feels like being trapped in a burning room with no way to get out,” she goes on to say. “The flu doesn’t leave you with psychic death. It’s the most brutal experience I’ve survived. I have post-traumatic stress disorder from withdrawing, not using.”

That last statement requires some clarification. Once someone has developed physical dependence to a significant degree, then when the drug is withdrawn, they can experience pain, discomfort, and an enhanced desire for the drug — drug hunger it’s called, or more commonly, craving. That’s traditionally been an argument in favor of inpatient detox stays. It’s a way to prevent the user from interrupting the process by rushing out to get more drugs.

Modern detox protocols, however, substitute opioid medications such as buprenorphine and methadone to taper the user off heroin gradually, thus reducing the intensity of withdrawal. This is a medically sound approach and quite safe. Since the writer claims that she was a patient in what was “… arguably the best rehab in the world,” I have to assume this was true in her case, as well.

So how to make sense of the extreme discomfort that she describes as ‘psychic death’? I don’t know. I have run into situations involving long-term methadone maintenance patients who’ve been on unusually high dosages and who report their eventual withdrawal from methadone was far more serious than they experienced with street heroin.

But coming off opioid maintenance ordinarily involves an extended taper, as well.

So, how to interpret ‘psychic death’? It’s not a term I’ve seen used in healthcare. Severe depression? That would make sense — perhaps coming off opioids triggered a co-occurring disorder in the form of a depressive episode.

It sounds like the folks who treated her couldn’t explain it, either. She reports her counselor equated it to end-stage labor. That’s a nice metaphor, but it doesn’t tell us much medically.

Her rage – and there’s plenty of it in her account – is mostly directed at the government. “The prescription crackdown made it harder for patients in chronic pain and did nothing but move addicts from doctor’s offices to unlicensed drug dealers. Both the addict and the patient with a valid need for narcotic medication were left stranded.” I’m sure that’s true, because it’s also what occurred in 1914, where public concern over rising opium use led to the Harrison Narcotics Act. At the time, most physicians were maintaining at least one patient on morphine, for pain control. After that became illegal, many of those patients, including war veterans and amputees, turned to the streets for drugs like heroin.

This time around, however, it was Big Pharma who helped push physicians and lawmakers towards greater use of their opioid products, increasing their revenues and leading to an epidemic that began with prescription painkillers. If, as she says, her physician prescribed opioids in increasing doses for eight years, you can bet it was at least partly the result of this industry-wide push towards long-term reliance on opioids for chronic pain.

It’s time to close, but I will add that the real solutions to the opioid epidemic — which by the way is still going strong —  will be far more complicated than her account suggests — and will need to be rooted more in careful planning than raw emotion.