Like the film where Amy Shumer chugs boxed wine, and inadvertently drives up sales to admiring fans.

Old drinking joke: “I don’t know why they say I abuse alcohol. Most of the time it’s the alcohol that’s abusing me.”

Traditionally that sort of humor applied to males, but that may change now that research has identified an escalating problem among women– a dramatic increase in early deaths due to alcohol-related causes, for instance– fueled, some experts believe, by commercial advertising of the type once used by the tobacco industry.

From the Washington Post: “For women, heavy drinking has been normalized. That’s dangerous.”

As the article notes, we’ve seen a 130% increase in the rate of alcohol-related­ deaths among white women in the key 35 to 54 age group. The rate among Hispanic females also jumped, by 27%. Among African-American women, however, there’s good news: A 12% decrease in mortality rate.

It’s not that different from the shift that occurred during the current prescription painkiller epidemic. That too affected white women to an unexpected extent (and still does). Now it appears another widely available drug– alcohol– is following the same path.

Not that this should come as a surprise. Alcohol has always been our most harmful drug after cigarettes in terms of health consequences. And because of its role in violence and accidents, surpasses nicotine in terms of overall consequences. But for a long time, excessive drinking was stigmatized among women, which suppressed open consumption. I recall one detoxification client, a matron in her late fifties, telling the group that there was nothing, nothing, as disgusting as a drunken woman. And another woman pleading with her psychiatrist to keep any mention of alcoholism out of her medical record. “Can’t we just say I’m depressed?” she begged. “Or schizophrenic. I have a schizophrenic aunt. Say I have that.” She then insisted on being admitted to the psych unit. Anywhere except Detox. She didn’t want people to get the wrong idea.

Now that stigma seems to have faded. The Post article points to the rise in binge drinking and mentions the popularity of same in TV and movies. Like the film where Amy Shumer chugs boxed wine, and inadvertently drives up sales to admiring fans. Boxed wine? Give me a break.

And the article mentions the continuing search for an evidentiary basis for “healthy” drinking– now via an industry-funded, $100 million NIAAA research effort.

We don’t have an equivalent to the Tobacco Institute– yet.  But I can imagine one appearing at some future point, if the findings from the government research aren’t favorable enough, at least in the view of the liquor industry. 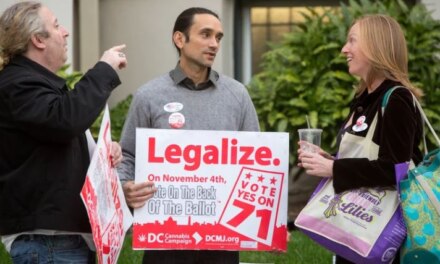