You want to see what PTSD is really about? Do room checks on these wards at night. Nobody here ever gets a decent night’s sleep. It’s a succession of nightmares. 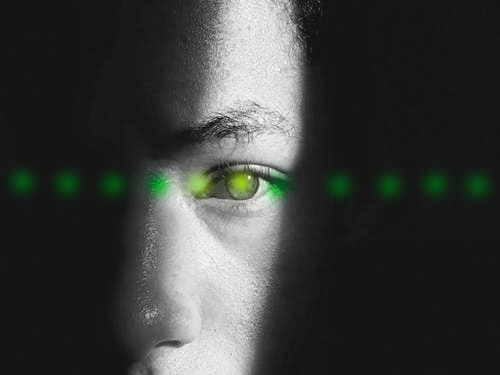 This article from The Guardian is more a first-person account of the writer’s own experience than another story about Harry and Meghan. Their fame is just a hook for a discussion of the technique known as EMDR :

Prince Harry is doing a special trauma therapy called EMDR. It worked for me.

As a method for treating PTSD, EMDR isn’t all that new. The acronym stands for Eye Movement Desensitization and Reprocessing Therapy. It’s widely favored by some practitioners and summarily dismissed by others. That reflects a larger split within the trauma treatment community, one that goes well beyond EMDR alone.

Trauma by the way is defined on an NIH website as ”… a shocking, scary, or dangerous experience that can affect someone emotionally and physically.” They list natural disasters, acts of violence, car crashes et al as possible causes of post-traumatic symptoms. Those symptoms include persistent anxiety, panic attacks, insomnia, nightmares and daymares, flashbacks… you can probably name others. It shows up fairly often in movie and TV plots.

The writer’s experience sounds typical of higher-functioning trauma patients I’ve encountered in the past. She attributes her PTSD to “…a tumultuous childhood in a home with an alcoholic father and a rage-filled mother…” She’s learned to cope well except during periods when she finds herself crouched in a dark corner, wishing she could have “…a different brain, a brain not mired in chaos and dysfunction.”

It’s a vivid image. It may sound exaggerated until you see it up close. If you work with dual disorders clients, it’s likely you have.

What we don’t see of PTSD can be more dramatic. A nurse at an inpatient psych unit recommended “.. a few nights doing room checks on the PTSD unit. Nobody here ever gets a decent night’s sleep.” I never forgot that.

Back to the article: EMDR was effective in the writer’s case, so her article is more of a testimonial than an analysis. It doesn’t explain how the technique might be having its impact, in the scientific sense, which is a problem.

EMDR’s dilemma is akin to that of acupuncture. In the language of Western science, EMDR doesn’t make much sense. Of course, that’s true of a number of techniques that thousands of people swear by. No use trying to convince satisfied consumers that they don’t feel better.

If I had to guess (and a guess is all it is), the popularity and effectiveness of EMDR stems less from the power of the technique itself than from those parts of medicine that science has difficulty measuring. Those would be the quality of the patient’s relationship with a practitioner; the practitioner’s own strong faith in the technique’s effectiveness; and by extension, the patient’s need to believe that he or she is getting better.

I suppose the drama around an hour spent watching a “pulsing lightbar” as you “revisit and ultimately resolve unprocessed and painful childhood memories” may enhance the experience, but I couldn’t prove that.

In my limited exposure, I haven’t found that EMDR helps in every case of trauma, but often enough to make it worth the effort. That’s especially for people who’ve tried other treatments without success.

If it helps, as it did for this writer — why not?