Use of higher potency cannabis products does appear to raise the user’s risk of both Cannabis Use Disorders (CUD) and psychosis. The association was less clear for depression and anxiety.

It’s something I’ve wondered about for several years now. Along with the rising THC content of most cannabis products — which appears to have accompanied the trend towards legalization and commercialization — has there been a corresponding increase in risk to the users, for certain common problems? I’m thinking about depression, anxiety, psychosis, and addictions.

Now comes a review of research that helps clarify the answers. A link to the summary in The Lancet:

Association of Cannabis Potency with Mental Ill Health and Addictions: A Systematic Review

What impressed me was the breadth of the literature search involved: the National Library of Medicine’s Medline, and also Elsevier’s Embase, and the American Psychological Association’s Psycinfo. The researchers sifted through more than 4000 studies to identify twenty that met their review criteria. Eight of the twenty addressed psychosis, eight anxiety, seven depression, and six targeted risk for a Cannabis Use Disorder.

I’ll cut to the chase: the research team was able to conclude that using higher THC content cannabis products does in fact raise the user’s risk for the first of those (psychosis) and also the last (CUD). No big surprise there, IMO. Psychotic episodes have long been linked to very high concentrations of THC. Even more established is the link between addiction and elevated dosing.

Results were less clear when it came to depression and anxiety. More research will be needed there.

I was curious about PTSD, which happens to have become, in spite of the absence of persuasive evidence, a major reason for enrollment in medical marijuana programs. There’s a well-established link between post-traumatic disorder and psychosis. I’ve read that a substantial minority, perhaps 30%, of PTSD patients experience psychotic symptoms such as hallucinations and delusions. Are we helping or harming them with medical marijuana?

Meanwhile, patients who might be considered vulnerable to psychosis – persons with schizoid or bipolar disorders, for instance — would be well-advised to avoid high THC cannabis products. Of course they’d need to know the THC content of the product they were planning to use, and that information, unfortunately, is not always readily available to them.

Not long ago, I came across this article by E. Fuller Torrey in Psychiatric Times, from last January:

Is Cannabis Use Increasing Schizophrenia?

Torrey points out that psychosis is in fact on the rise among young people around the world, and posits a link with heavier cannabis use. Hard to tell one way or another, he argues, given the lack of good data on the prevalence of schizophrenia. Apparently we haven’t bothered to collect it, at least not on a consistent basis.

Personally, I would hope that the Lancet article would spur more research into the issues around high- and low-THC cannabis. And might motivate governments to set reasonable upper limits on THC in a cannabis product. 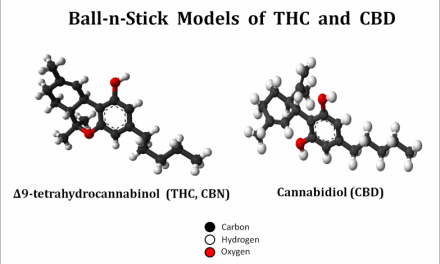