The less good news, if I can call it that, is that none of the three was found to be more effective than our old friend, placebo.

Does pot relieve PTSD symptoms? A timely question, in view of the emergence of medical marijuana programs in a number of US states. Since 2018, it’s been approved for use by practitioners within the giant Veterans’ Administration healthcare apparatus, where I’m advised it has become one of the preferred treatments for post-traumatic stress.

No question it’s popular with patients. That suggests that it’s providing something in the way of symptom relief, but the evidence is mostly anecdotal. Scientific evidence can be something quite different.

To qualify as scientific, evidence must be  “…logically derived from controlled experiments designed, conducted and reported according to the scientific method, using relevant experimental and statistical analytical procedures that are generally recognized and defensible as valid and appropriate among peers in the relevant scientific community.” It does set a reasonably high bar, but that’s the point.

I wasn’t able to locate much research on the subject of cannabis as a treatment for PTSD, especially the double-blind controlled studies we’re accustomed to relying on when we evaluate medications, from antibiotics to antidepressants. I was pleased to find this, from March of 2021. A link to a summary:

According to the article, “The study used a double-blind, cross-over design, where participants were randomly assigned to receive three weeks of either active treatment or placebo in Stage 1 (N = 80), and then were re-randomized after a 2-week washout period to receive one of the other three active treatments in Stage 2 (N = 74).” Short-term changes in the severity of PTSD symptoms during Stage 1 were measured, in order to assess the degree of relief provided by treatment. All the subjects, by the way, were military veterans who had been diagnosed as suffering from PTSD.

The research made use of three different samples of herbal cannabis, all smoked. Some were high in THC content but much lower in CBD. In others, that was reversed, with CBD predominant, and a minimal amount of THC. In a third group, both THC and CBD were present in equal amounts. That allowed researchers to determine the relative impact, if any, on the outcome.

The good news is that all three of the cannabis preparations did seem effective in terms of alleviating PTSD symptoms. None of the three, however, was more effective than the others. Surprising, in view of their differences.

The real difficulty was that none of the three samples was more effective in relieving symptoms than our old friend, placebo.

So if patients were getting relief from PTSD, as it appeared they were, how could that be explained? The evidence suggests it’s not the cannabis that makes the difference. A better explanation would be the strength of the patient’s belief that smoking cannabis helped.

Here’s something from Harvard Health on the subject of placebo and the impact of expectations:

The power of the placebo effect

Now, should we be disappointed? Maybe a little. I can’t imagine any regular cannabis user renouncing marijuana simply because it isn’t actually making a difference in terms of PTSD. As one put it, “I’m still getting stoned, ain’t I? that’s enough for me.”

Undeniably true. Maybe other forms, such as concentrates or oils, with higher THC content, will change the outcomes. I’m sure someone will try.

And I can’t picture today’s cannabusinesses giving up their claims for the healing properties of cannabis just because they may be false or misleading. They still need to move product, don’t they?

There is a downside, however. Stephen Willis PhD, an expert on PTSD, notes that “studies have found that the severity of PTSD symptoms is linked to cannabis use and CUD in veterans. The more severe the PTSD is, the more likely someone is to turn to cannabis and also to abuse it. This poses complications, as those who may need it the most are also at a higher risk for CUD.” In other words, the patient who relies on marijuana for PTSD could wind up with a whole other substance use disorder to deal with — in addition to whatever else is wrong with them.

I wouldn’t call that a good outcome.

One thing is for sure: patients on medical marijuana, including PTSD sufferers, will continue to seek treatment for a host of drug problems, which can involve alcohol, meth, opioids, cocaine, etc. At some point, it doesn’t make sense to simply turn them away. And yet, it’ll be difficult to treat their other addictions without addressing the influence of their cannabis use., too. 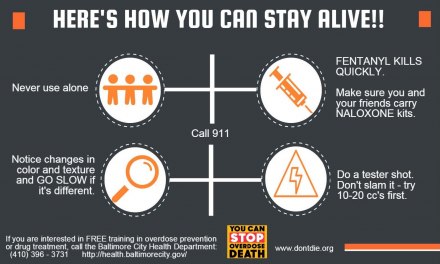