“choosing to use lower-potency cannabis products could help to make cannabis use safer and offers a sensible strategy for harm reduction.” 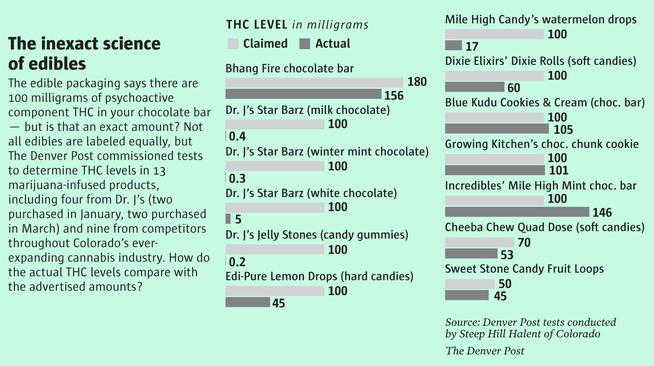 There’s been debate around this issue: are there significant differences between the effects of high and low THC content cannabis?

As for what research has to say, here’s a link to an NBC News piece, discussing a recent report from The Lancet.

Which makes sense to me. After all, that’s often true for other addictive substances, including opioids. The theory is that higher potency products speed up the brain adaptations necessary for the formation of tolerance and dependence, and help to lay the groundwork for heavier use.

Apparently one study identified a sevenfold increase in risk for tolerance and dependence. Also worth noting is that at very high levels, THC begins to act like a hallucinogen, distorting perceptions and introducing the potential for additional problems for the user.

The connection with anxiety and depression was less clear, per the research. That’s the good news.

One researcher reminded us that a so-called ‘daily’ user may actually be using multiple times during the day. I’ve certainly found that to be the case with rehab patients. One complained about pot no longer ‘doing the job’ for him, in terms of sedation. He’d switched to vaping cannabis oil, but that also failed to meet requirements over time. “It got to where I was firing up eight or ten times a day, just to keep myself level.”

I’d heard stories like that from opioid users. It’s often what motivated them to switch from oral to IV use — the pills had lost their effectiveness.

Problem is, once addiction has taken root, the body keeps on adapting, with increased need. “The more you use, the more you have to use,” one recovering counselor would tell his clients. Loss of control follows, as does continued use despite the numerous consequences that can result.

The researcher concludes that “choosing to use lower-potency cannabis products could help to make cannabis use safer and offers a sensible strategy for harm reduction.”

It may be good advice, but not the kind most regular users will follow (given the realities of addiction, it may be they can’t). A more realistic alternative might be for mandated upper limits on THC content in commercial cannabis.

Of course, that would require the cannabis industry to make known the THC content of all its products — something they seem reluctant to do. Maybe they’d rather not know themselves. After all, high-THC cannabis is often the most attractive to their regular customers. That includes daily or near-daily users faced with the challenge of getting high in spite of their growing tolerance.

It’s true that limiting THC content in commercial cannabis would probably drive some users into the arms of the black market. There, a dealer will at least lie convincingly about the quality of the stuff they sell (if indeed they know). After all, there’s no label to contradict them.

Whether or not a state fully legalizes cannabis, I anticipate that outlaw markets will continue to be strong, at least for the next few years. That’s because veteran users may already have sources outside the law, ready and waiting to supply their needs, without having to stand in line at the local pot outlet.

“Look, I grew up buying pot from my friends,” admitted one, “and I’m a little too paranoid to feel comfortable in a store without checking first for cops.”

Have a Safe Trip…