Not to your health: Germany bans beer ads that suggest it’s good for you

This article concerns a German consumer lawsuit filed to stop beer companies from advertising their products as conducive to good health. In German, that means not using the term bekoemmlich (“wholesome”).  Apparently an earlier action addressed the same issue involving wine advertisements. I’ve seen research that suggests wine might be good for you in moderation, but I don’t recall any involving beer. Far as I know, it’s mostly just fattening.

I’m confident the German beer industry knows very well that their products do not actually promote health and wellness. But it makes for good ad copy, and if it sells more beer, they’re all for it.

Coincidentally, those much-ballyhooed benefits of daily wine are also under scrutiny. A big NIH study of moderate drinking, mostly funded by the alcohol industry, has just been suspended. A Senate committee has questions.

To me, this is just more evidence that we can’t rely solely on business to monitor itself. There’s too much incentive to bend rules in a self-serving way. Sometimes a powerful industry CEO can sound almost like a corner drug dealer — rationalizing, externalizing, minimizing their activities. Examples:

Look, if we didn’t sell that drug, some other company would.

Rest assured, we’re no worse than the competition.

We’re forced to triple the price of that older medication to develop new and better drugs.

But some modern leaders have interpreted it as justification for bold action, regardless of the negative consequences. Which, by the way, usually affect other people. As one CEO told me, he’s paid to make money for his investors, and if something goes wrong, well, that’s what insurance is for, right?

This penchant for risk-taking also applies to the rehab business, just as it does to Tech or Pharma or Big Oil. Which leaves us with the question: who, in this hyper-competitive marketplace, is looking out for the consumer? 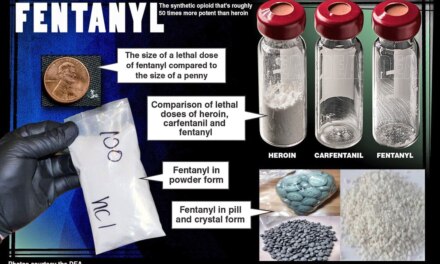 Now what do we do about fentanyl?