That’s not to say the perceptions of cannabis as health-improving aren’t important, but post-legalization, it’s mostly a marketing tool.

There’s apparently been a dramatic shift in the Pacific Northwest as a result of states legalizing cannabis for widespread consumption. It’s meant a sharp decline in sales of medical marijuana.

This was predictable, of course, and I wouldn’t have thought all bad from the standpoint of users. They’d have greater access to a range of less expensive products. After all, the cannabis sold for medical use isn’t substantially different than the other kind. But the article does make it clear that in Oregon at least, access to specialized medical marijuana is on the decline, and for some patients, that’s creating hardships.

I happened to visit the East Coast last week on a consult and shared this with the longtime director of an addictions program. He wasn’t at all surprised. Turns out he’d always suspected that medical cannabis would serve as a way point on the path to full legalization. Not that pain patients didn’t benefit, but there was a much larger and more lucrative market out there that business interests were determined to tap.

For them, recreational cannabis was another potential source of revenue. Granted, it required patience and heavy lobbying, but once the tap was open? Money would flow.

That’s not to say the perceptions of cannabis as health-improving aren’t important, but post-legalization, it shifts to another role as a marketing tool. CBD-based products won’t get people high, so at some point they should show up on grocery shelves with health foods and supplements. Our local organic grocers has a whole aisle of such products, and I’m confident they sell.

As for marketing cannabis: I came across an interesting piece in a blog by Seth Godin, who famously explores the complex world of modern marketing. Seth sees key differences between the coming campaign to sell cannabis and our experience with alcohol and tobacco. Those were legalized around the time of emergence of true mass marketing, via publications, radio, TV, etc. Booze and cigarettes were also promoted by pubs and restaurants, in a way that cannabis probably won’t be.

Cannabis is approaching legalization during the era of the Internet. Which, Godin maintains, is not a form of mass marketing. Instead, it’s a “micro medium… There are 3 billion people online, but they’re busy looking at 3,000,000 web pages.” That takes targeted marketing to a whole new level.

As a result, he predicts, cannabis will be sold along the lines of “local espresso or high-end chocolate or whiskey (word of mouth) and less like vodka.”

If that’s true, at least it’ll save Big Pot the expense of Super Bowl advertising. 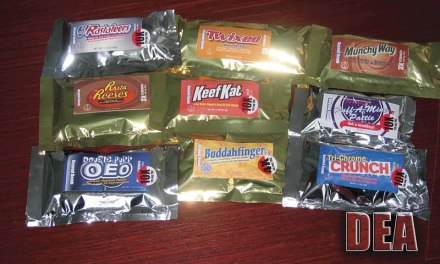