Politicians are often accused of flip-flopping, but they may see themselves as representing the will of the voters.

The late Meg Greenfield of the Washington Post compared the political culture of Washington to a high school. Most of the folks running for higher office, she observed, were the same ones who once vied fiercely for seats on the Student Council.

Then, like now, they needed to be popular to get votes. But where that was once a matter of looks, car, and “cool”, in the grown-up world, popularity means being associated with popular positions, and hopefully, avoiding association with unpopular ones.

That’s our first barrier to success in advocacy for addiction treatment: It’s not an especially popular cause. Two main reasons:

In practice, this means that a politician willing to vote for treatment resources but not personally committed to the cause– that would be the great majority of politicians — needs some political ‘cover’ against potential unpopularity.

Some background: in government bureaucracy, cover usually means support from somebody of higher rank, who can defend a decision against criticism. In electoral politics, it can mean support from the top echelons of a political Party, or if that isn’t available, from a solid bloc of constituents.

Objective research or expert opinion. The public isn’t heavily invested in recovery, so they often respond best to evidence of value to society as a whole. For instance, dollars saved by treatment versus incarceration or emergency care, and reductions in crime. There’s quite a bit of research on both subjects, so make use of it.

Evidence of voter support. This can mean showing up in force at public meetings, or making calls to Congressional offices, or mail campaigns. The impact is not as individual messages, but as a critical mass of support that reaches an invisible ‘tipping point’, which can change depending on the issue. Our cause tends to be less popular than some, meaning more evidence of voter support is required.

The media can help with this. A supportive journalist or media personality can be of real value in garnering public attention. It’s the perception of support that counts– small movements can be made to look larger.

You’ve no doubt noticed the outsize attention placed on polling. Polls of the general population tend to carry less weight among politicians than those that focus on likely voters, particularly in the home state or district. In local politics, a poll commissioned by a nonprofit advocacy group can carry considerable weight because it’s draws the attention of the public.

Don’t forget that a state or city legislator may be working for little more than expenses. They do this job because of a desire to be part of the process, and to have some influence on the community’s future.

Politicians are often accused of flip-flopping, but they may see themselves as representing the will of the voters. They can and will change their position if convinced that’s what their constituents want.

As advocates, our job is to provide workarounds for the barriers we’ve discussed. To make advocacy for treatment a safe cause as well as a worthy one. 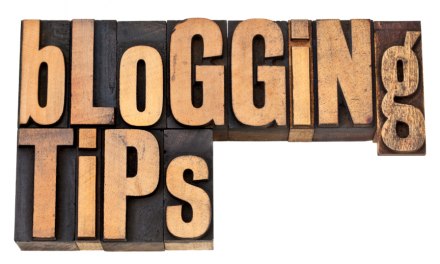