I suspect that the methodology for measuring success was far too narrow. Focused entirely on crime, they missed a host of other gains from participation in treatment.

A “study of studies” on outcomes: This time comparing voluntary to mandatory drug treatment.

As this article notes (sorry about the cheesy pop-ups at the link), the title’s a bit misleading. Mandated treatment means Court-ordered, and that’s less common than it was once was, due to expense and concerns around the quality of care. Voluntary treatment would naturally be expected to produce better outcomes, simply because the clients (presumably) wanted to be there. The issue is that those who need treatment most often don’t want it.

Nowadays, a common option is something in the middle: the offender chooses between incarceration and treatment. Often this is accompanied by monitoring. Examples include Drug Court, and the LEAD program in Seattle.

Not all offenders choose treatment, either. One therapeutic community that serves the prison system reports that about a third of those who enroll decide to return to prison in the first few months. “Treatment is just too much work, I guess,” one staffer explained. “Easier to go back inside and serve out their time.”

Treatment programs approved by the Courts can sometimes take advantage of expanded Medicaid to offset costs. Of course, with the ACA on the chopping block, there’s no guarantee that will continue in every locale.

I’ve been involved with several programs that mainly served criminal justice clients. One was actually prison-based. Inmates with drug offenses would be placed in a special unit within the institution, where they would receive several months of counseling before returning to the main prison (GenPop in prison lingo). Over time it became apparent that the substantial gains made during treatment didn’t hold once the participant was transferred back. The staff concluded that the GenPop environment itself was counter-therapeutic. If you’ve spent much time around prisons, it’s hard to argue with that.

A second program took inmates out of the prison to a dedicated residential facility, to complete the last year of a long sentence. The goal was to prepare them for return to the community. After a few months of intensive counseling, the client was eligible to participate in community work programs at area employers– anything from construction to clerical work to a restaurant kitchen. Most of the earnings were sent home to families (who were extremely grateful).

According to the State, the program was a failure, in that it did not substantially reduce post-release arrest rates compared to incarceration alone. Eventually, the State pulled funding and returned it to the prisons.

I suspect that the methodology for measuring success was far too narrow. Focused entirely on rearrest rates, the evaluators missed a host of other gains that came from participation in treatment. That’s the same error made by researchers in the past. It leads them to conclude that treatment ‘doesn’t work’, despite an array of measurable benefits. 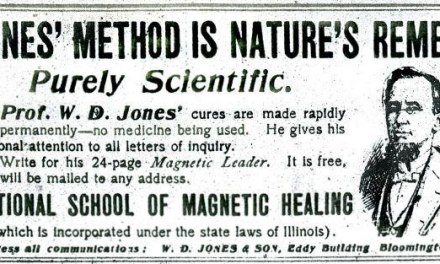