Easy to see how given the right combination of circumstances, it could be wiped out in a relatively short period. 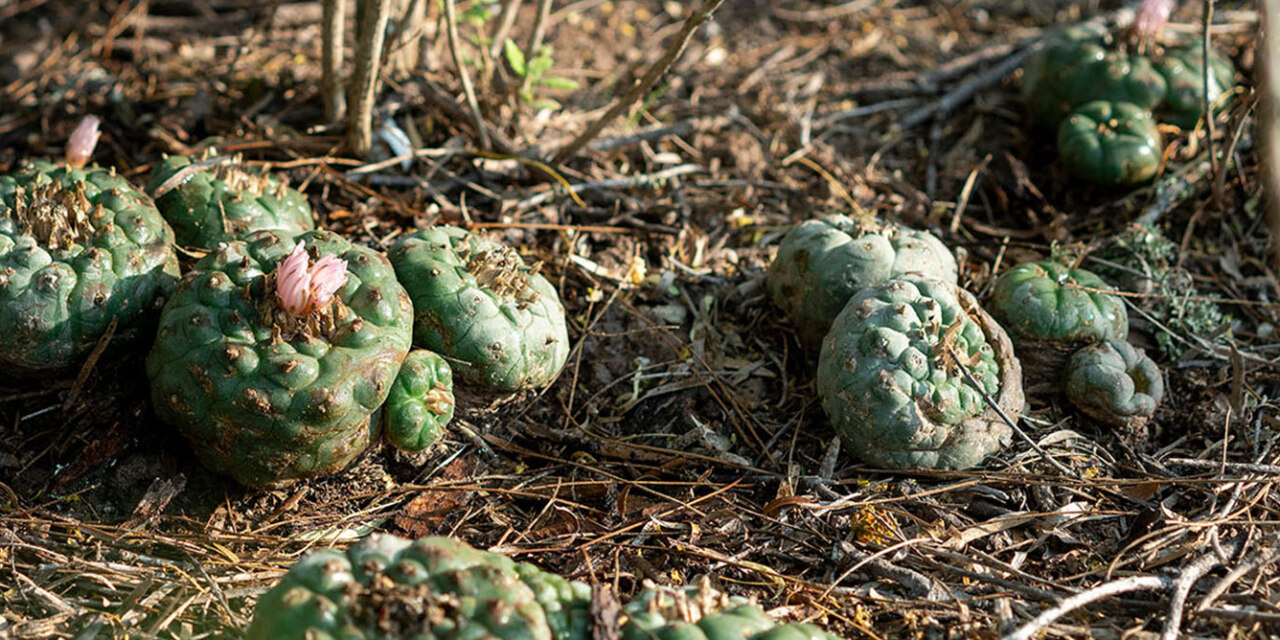 Today’s topic is the ongoing discussion and debate around the future of the peyote cactus and its key ingredient, mescaline, the popular hallucinogenic drug.

You may already be aware that use of peyote for religious and spiritual purposes has been sanctioned for indigenous people since the 1990’s. That appears to have led to substantial increases in use among Native Americans in general. How much of that use is for spiritual and ceremonial purposes, versus recreation? I don’t think we know.

Let’s just say I wouldn’t be surprised to learn that non-ceremonial use has surpassed the approved sort in many areas. That’s what happened with cannabis. Once a drug is available, it’s a challenge to limit the ways that people choose to use it.

The increase in popularity has caused concern among Native leaders that the natural supply may be threatened. That’s why they asked for US government support to ensure that access is guaranteed “for generations to come.”

Of course there are other factors to consider: climate change, for one, and agricultural practices in the region that have been described as ‘unsustainable’ in terms of the environment. But a primary issue is the revived interest in hallucinogens on the part of non-native Americans.

“You mean psychonauts, don’t you?” remarks one of my colleagues, referring to those who use hallucinogens for self-exploration. I suppose I do. Also the patients and researchers who’ve heard claims, some quite extravagant, of the healing properties of a mescaline ‘trip’.

Then there’s the relative fragility of the peyote plant itself. It requires a full decade to mature, and is common only in a narrow region of southern Texas and northern Mexico. Not difficult to see how, given the right mix of circumstances, it could be wiped out.

One use for the requested funds would be to ‘incentivize’ landowners to designate portions of their property as a peyote habitat — a protected zone for the plant.

Many experts are convinced it’s only a matter of time until psychedelic substances are approved for medical or therapeutic use. Most of the support for that comes from outside the indigenous world. Could peyote be excluded from the list of approved hallucinogens, based on its religious significance? That would possibly satisfy Native worries about dwindling supply.

I’m told that like some other naturally-occurring hallucinogens, mescaline can actually be made in the laboratory. What if it were available as a synthetic? Would people leave the natural stuff alone?

Perhaps not. DMT, the active hallucinogen found in toad venom, can also be made synthetically. That would certainly be more efficient and affordable than paying a fee to be guided into the desert for the thrill of licking a seven-inch toad. And yet, people still demand the ‘authentic” experience. Toad and all.

Then there’s the prospect of continued black market farming, production, and distribution of naturally cultivated peyote ‘buttons’. It might even increase, again as happened with cannabis.

Don’t forget, there was a time, not long past, when we thought that with legalization, the black market for pot would shrivel and die. It didn’t.

Score one for the criminals.

For the life of me, I can’t see how we can anticipate that a better fate awaits the peyote cactus.