Some years back, before the Modern Coffee Era began, there was a movement among alcohol and drug rehabs to eliminate caffeinated beverages entirely. 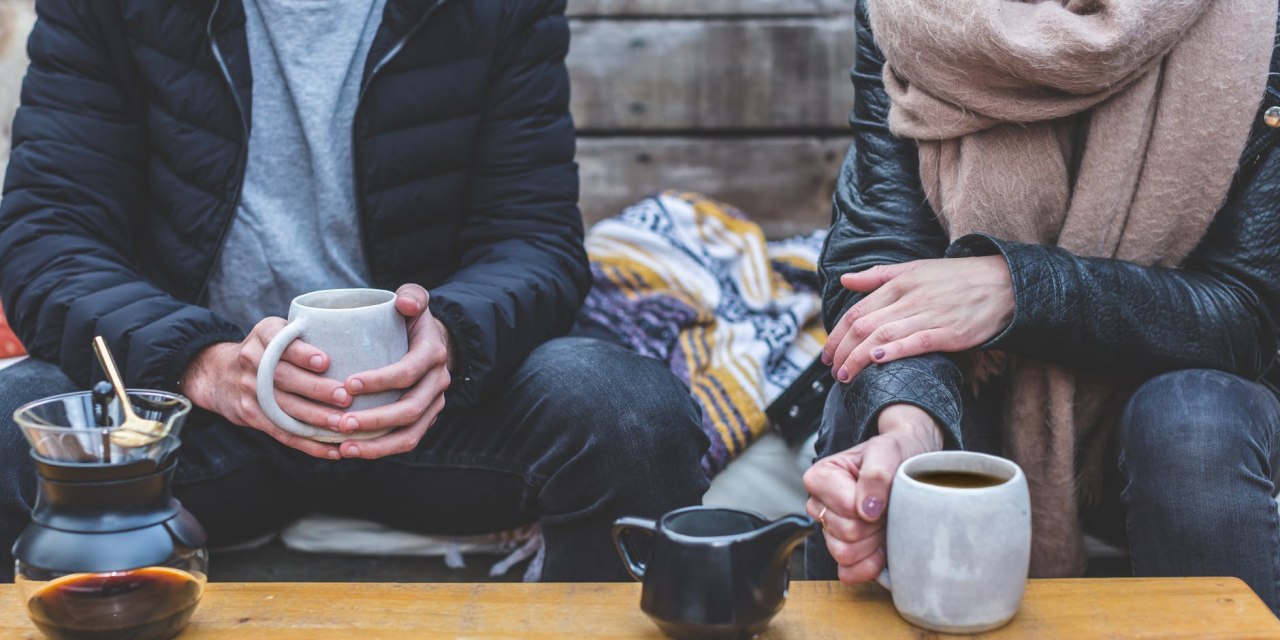 I’ve been reading up on the research into the health effects of caffeine. I do that every so often. I’m searching for a simple answer to the question, is caffeine good for us or not?

After all that study, I can now safely conclude the answer is… Yes. Or no. It depends.

“Caffeine is definitely good for the human body,” explained an office worker from the building next door, to his buddy as they stood in line at Starbucks. “Do the reading.”

I did. That’s the problem. For instance, there’s good news, such as —

Wow. But then there’s this: New study finds drinking too much coffee can shrink your brain, increase dementia risk significantly

Pause while I count up my own intake. Whew, still on the safe side. Not by much, however.

That particular study settled on a ‘safe’ average intake of four to five cups daily, or about 400 mg of caffeine, total.

By the way, were those the 10oz or the 20oz cups? Tall or Venti, I suppose. I see a lot of people walking out of coffee shops with the big cups in hand. Makes a difference, I would think, over the course of a day’s coffee drinking.

Some years back, well before Starbucks and the Modern Era, there was a movement among alcohol and drug rehabs to ban caffeinated beverages entirely. The rationale was that caffeinated coffee and sodas just served to aggravate the already-rattled nervous systems of people who were coming off drugs and alcohol.

At first, this was trumpeted as a therapeutic move to benefit the patients. That did not go over too well with some of those same patients.

For one thing, they protested, caffeine is legal, which they interpreted as a constitutional right to drink the stuff, even if it was bad for them. Therefore the program had no right to interfere.

Does this sound familiar? It’s the same objection we heard when it came to smoking. “If it’s not against the law, then it’s none of your damn business.”

And though many patients weren’t affected, the staff couldn’t help noticing that others experienced genuine discomfort. “She’s miserable. Must have been addicted to coffee as well as drugs,” remarked a detox nurse. “I didn’t even know that could happen.”

Apparently it can. There’s even a Caffeine Withdrawal Syndrome in the DSM.

Programs muddled through. On a return visit to one such rehab, I asked the Director of Nursing how they’d managed to deal with the complaints. “Honestly? We stopped telling people they were drinking decaf. After a while, nobody seemed to notice.”

I wonder if that was another example of the nocebo effect?

By the way, there was a time when the caffeine in your soda was extracted from coffee that had been decaffeinated. Now it’s all synthetically made. In China.

As for sodas, that rehab simply replaced them in the drinks machine with bottled fruit juice and Gatorade. “We just tell everybody it’s to replace lost nutrients.”