Since so many millions of people use cannabis – long the world’s most widely used illicit drug — and the population of users is rising fast, it’s a legitimate cause for concern. 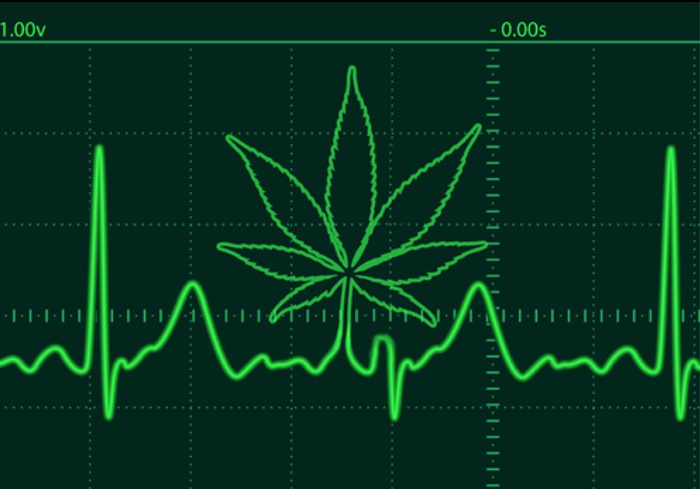 I think by now most Americans understand that tobacco smoking and alcohol consumption are not good for your heart. Less widely recognized is that those same problems can stem from other drug use, as well.

For instance, atrial fibrillation (AFib), a condition that afflicts some three to six million Americans, many of whom won’t be aware of it until symptoms emerge unexpectedly. Those symptoms can include shortness of breath, heart palpitations, and fatigue, among others. AFib alone isn’t normally fatal but has been found to correlate with risk of heart failure, stroke and heart attack. Treatments for AFib range from medication to minimally invasive surgery.

Per a recent study, “Cocaine, methamphetamine, opioids, and cannabis may independently increase risk of atrial fibrillation (AFib), based on data from almost 24 million people.” Here’s a summary:

Marijuana, meth, cocaine and opiate use are linked to atrial fibrillation

The sample: California adults who’d been treated at a hospital, ER, or outpatient surgery center over the ten year period from 2005-2015. I wasn’t at all surprised to read that meth and cocaine, both powerful stimulants, increased risk for AFib. I was a little more surprised to learn it was also true for opioids.

I was downright puzzled by the association with cannabis. Nonetheless, that appears to the case.

“Although cannabis has previously been linked with hospitalization for arrhythmia, a pharmacologic driver of this phenomenon remains largely unexamined,” explained the researchers. Translation: we don’t know exactly what’s going on. However, given  that many millions of people use cannabis – long the world’s most popular illicit drug — it has to be a cause for concern.

And hopefully an opportunity to educate consumers. Ironically, in my experience, many treatment professionals have stopped emphasizing the health hazards of drug use in favor of other, less medical, more psychologically-based approaches.

I don’t know how many times I’ve heard people in the field insist that education about the medical consequences of SUDs “doesn’t work”. Which makes no sense to me, since awareness of those consequences is one of the strongest deterrents to substance abuse. Why not take full advantage of it?

I suspect that’s because so many well-intentioned prevention programs fell into the trap of trying to frighten people away from drugs. It was an integral part of the War on Drugs approach.

A better alternative: patient education that’s based in evidence and seeks to engage the person through reason rather than fear.

I’ll return to this issue in a later post, looking at ways that we in treatment might make use of health education to motivate patients towards recovery.