According to The New York Times, the high-flying world of venture capital has stumbled on a hot new investment opportunity – the commercialization of so-called “psychedelic” drugs.

The Capital That Ate Wellness Is Going to Eat Your Mushrooms

These are not, by the way, healthcare investors. They’re mostly women-owned firms looking to attract the same customers targeted by their other investments:  astrology apps, coconut-infused pseudo-yogurt, a mushroom-based coffee alternative. In other words, the lucrative “wellness and lifestyle” market sector exploited by Gwyneth Paltrow’s Goop products, among others.

Of course they’re aware of the possibility that hallucinogens will eventually be approved for depression, etc. but right now, they’re more interested in the economic potential of legalization, along the lines of what’s occurred in Denver and Oakland.

About venture capital in general, and its role in the addictions field: I was an observer in several situations where venture capital played a big part in the formation and expansion of companies that operated chains of rehabs and opioid maintenance clinics. I couldn’t help noticing a few things.

First, venture capital is all about growth. Most of the capital winds up in the hands of existing companies looking to expand, rather than small entrepreneurial startups. If a regional firm is eager to grow but the usual sources can’t provide the necessary funds, venture firms are an alternative.

Second, venture capitalists are not in this for the long term. At some point, they’ll seek to extract their money, either through a sale or by attracting new funds from other investors. Then they use the money to invest in other, newer “hot” companies.

As one expert put it, “the venture capitalist buys a stake… nurtures it for a short period of time, and then exits with the help of an investment banker.”

That clarified something I heard from a former venture capitalist who’d learned his old firm had invested heavily in a chain of treatment programs. “Are they nuts?” he barked. “They need to get their money back in 18 months. Otherwise they wind up with a business they cannot unload, except at a loss.”

Which, I observed several years later, appears to be what happened.

There’s also the problem of added debt. “The clock’s ticking on those loans from Day 1,” a banker pointed out. “You better not miss any deadlines.”

What is it that attracts a venture capitalist? It’s not so much the business itself as the field or industry that business is in. If that field is viewed as “hot” – for whatever reason — there will be plenty of suitors. If that same business is in a sector that’s “cooled off”, it may go unloved.

Is this starting to sound like casino gambling? In some ways, it is. With better research.

I’ve seen companies do wonderfully well with an infusion of cash from the venture capital folks. I’ve seen other businesses fall flat on their keister. Like Old Lodge Skins says in Thomas Berger’s Little Big Man: “Sometimes the magic works, sometimes it doesn’t.” He never stops believing in magic, however.

It could be that selling the hallucinogens themselves will turn out to be more profitable than treating addiction. It that’s the case, I’m sure some other industry will have heated up by then. 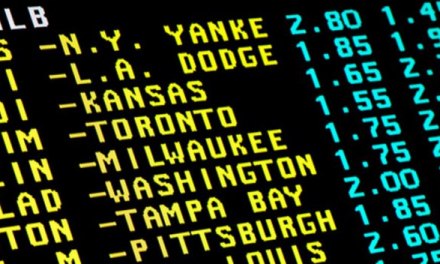