More on Cannabis in Treatment

Unfortunately, their cannabis use may have become a problem, too, particularly if they’ve become dependent on the drug.

By way of follow-up to earlier discussions – here, and here– some further thoughts and a few research findings.

First, the good news: most patients on medical marijuana (80+ percent) do have a qualifying condition that reflects scientific evidence. The most common complaint, by a wide margin, is chronic pain (62%). There are only a few others backed by good science. Chemotherapy-induced nausea is one you’ve probably heard about. Another is a rare type of childhood epilepsy.

I admit to concern because some states have authorized 20+ qualifying conditions, based on who knows what evidence. It’s starting to resemble the era of patent medicines in the 19th Century. We already get enough of that from the nutrition supplement industry.

Chronic pain is considered quite common, in part because it’s so broadly defined — any pain that continues beyond an initial injury or illness for a period of three to six months or longer. What causes that to happen in some cases but not in others? That isn’t well understood.

In perhaps 25% of pain patients, however, the patient may actually qualify as suffering from a more complex condition known as chronic pain syndrome (CPS) — where depression and anxiety come to play a prominent role. A brief explanation:

What is Chronic Pain Syndrome?

Patients may arrive in treatment with a history of depression, anxiety, or both, or report symptoms that appeared only recently, but now interfere with the individual’s well-being. Through experience, physicians have learned that this pain syndrome (CPS) does not respond as hoped to conventional medical care alone, focused as it does on symptom relief. Instead, CPS patients appear to benefit from a more diverse treatment plan, one that can include physical therapy, massage, relaxation training, meditation, counseling, and psychotherapy.

Anecdotally, it appears that many clients who come to SUD treatment complaining of pain are in fact CPS sufferers, and may be seriously considering medical marijuana, or are already enrolled on a cannabis program. Unfortunately, their medical cannabis use may represent a hidden problem. They may be physically dependent and experiencing withdrawal symptoms. They may qualify for a diagnosis of Cannabis Use Disorder (CUD) with its own symptoms.

Given the finding that about half the subjects in the study were experiencing cannabis withdrawal, we should investigate the possibility that it is an important factor in SUD treatment. The study also found some 10% of subjects reporting withdrawal symptoms that grew worse over time. That certainly wouldn’t make someone’s recovery any easier.

One clinician recommended using an evidence-based scale as part of the assessment. An example of one such instrument:

If the client qualifies for a CUD, as well as simple dependence, that can complicate treatment as well. Check this out:

And has been widely reported, cannabis in widespread use today is likely to be significantly stronger that in past decades. Perhaps it is in wax form or ‘vaped’.

I was struck by a comment from one of the research teams: where depression and anxiety coexist along with a Cannabis Use Disorder, a “vicious cycle may be at play where each disorder maintains or exacerbates the other.”

Worth paying attention to, I’d say. 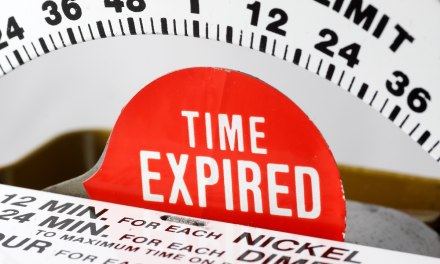