…most of that sales revenue seems to have landed in the laps of existing cannabusinesses– those owned by rich investors who have established reps and ready access to capital.

The great state of Illinois made news as the first state to approve cannabis not by referendum but through its legislative process. Good for them. Now they’re experiencing significant obstacles, legal and otherwise, when it comes to implementing the grand plan. A helpful overview from Politico:

Most of the problems have to do with allocation of licenses to operate dispensaries. A major selling point for the legislators was the prospect of social equity of ownership – a way to give minorities from communities most adversely affected by past drug laws an opportunity to own and profit from the new dispensaries. Apparently, that goal hasn’t yet been realized.

That first-year windfall from cannabis taxes? It’s pretty spectacular– around a billion dollars, comparable to that from alcohol sales. Must be a whole lot of cannabis users out there.

Some less-good news: most of that sales revenue landed in the laps of existing “cannabusinesses” – owned by rich investors with established reputations and access to capital.

That automatically excluded many small and minority-owned applicants. “If they already had money,” a colleague of mine observed, “they’d buy Tesla stock like the other rich folk. They need to make some money first.”

The Politico piece does a good job of explaining how this came about. It should serve as a warning to others. Social equity goals may have helped to carry the day with the State legislature, but in practice they can be a bit difficult.

Our economic system is based on competition between private interests, and as one attorney observed, for the most part consumers “care about finding the best products, service, and price points– not necessarily about who owns the shop.” He speculates that an application process might actually be more equitable if it weren’t so darned competitive. That’s because the playing field is skewed in favor of the best-funded, best-known bidders. It’s a consistent advantage that undermined the notion of ‘open’ competition.

The same attorney suggests an application process based solely on compliance with minimum standards. Presumably, at some point in future, those minimum standards would help ensure consistent quality within the industry– quality being at risk anywhere this much money is at stake.

He may be onto something. 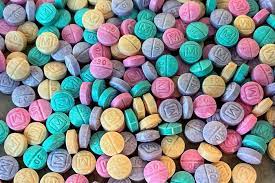