In terms of a comfortable detox, Suboxone was a success. In terms of a return to opiate use, it was a failure. 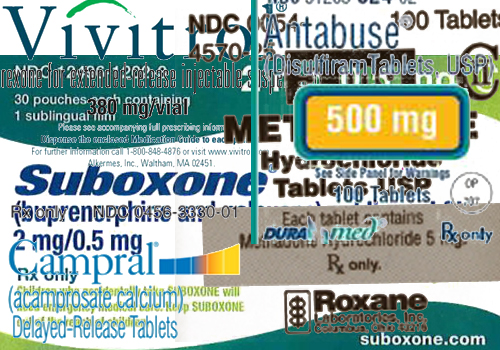 I’ve gotten a fair number of queries lately as to my opinion of Medication Assisted Treatment (MAT). I realized I don’t have just one. I have several, depending on the form of MAT we’re discussing at the moment.

Remember, I spent the first two decades of my career in hospital settings, so I’m accustomed to the medical model and the attitudes of medical staff towards addicts and alcoholics. I’m also aware of the strengths and weaknesses of different forms of MAT, which I divide informally into these types.

To me, every medication has pluses and also limitations. Unfortunately, many of those limitations are apparent only after the drug is in widespread use. Glowing initial reviews may not hold up in real-world practice. That’s an issue for medications of all types, but particularly for a med intended for use by persons with long histories of drug abuse and addiction.

I recall the enthusiasm of the nursing staff when we switched from methadone to Suboxone in a busy residential detox. Suddenly instead of groaning in their beds or nodding off in the lounge, detox patients were up and in group the day after admission. The cost of Suboxone at that time was probably 15 to 20 times that of methadone, but we were happy to pay given the improvement in results.

As the months passed, however, staff noticed that withdrawal discomfort often reappeared once the buprenorphine was stopped. Even a slower 14 day taper didn’t prevent it. As you might expect, the vast majority relapsed shortly after discharge. In terms of a comfortable detox, Suboxone was a success. In terms of a return to opiate use, it was a failure.

Other issues emerged. One was diversion. Much of the Suboxone prescribed to outpatients wound up being resold on the street or traded for heroin. That was simple economics: buprenorphine commanded a far higher price.  Then there were problems with retention. At one busy clinic, perhaps one in five patients lasted twelve months on maintenance. The rest dropped out, presumably to return to street heroin use. We hoped that while on maintenance they were at reduced risk of infectious disease or fatal overdose, but it was hard to be sure, because nobody knew for certain what other drugs they may have been using at the same time as the buprenorphine.

So to my experienced (nonphysician) eye, it appeared that much of the benefit of Suboxone maintenance was in terms of harm reduction. Some patients did much better than that, others not so well. And it didn’t appear to be a reliable path if you hoped to someday get off opioids altogether. Even after a few years of success on maintenance, clients still experienced enormous difficulty tapering off.

Maybe this veteran addictionologist put it best: “it’s another tool in the toolbox.” Of course, we can always use those.

In subsequent posts, I’ll share my observations about some of the other forms of MAT. Feel free to agree or disagree.