For many people, however, including helping professionals, it’s tempting to just give up 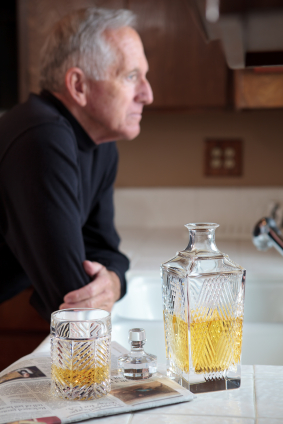 Here’s a recent piece from the New York Times on the subject of seniors and drug use:

We in the addiction field have long struggled with the problems that can arise in the treatment of senior citizens with substance disorders. Often those problems are medical in origin. They can also stem from the variety of family, social, and economic difficulties that plague many of us in old age.

Medical: 76 year old woman with complications of diabetes, unwilling to quit drinking despite warnings from her physicians. She’s widowed, lives in a big house, and is cared for by a recent immigrant who speaks little English but is paid to look after her patron’s basic needs. The widow has liquor delivered directly to her home so she can drink to intoxication nightly. When confronted, she has opposed treatment on the grounds that at her age, she can’t be expected to renounce “my one and only remaining source of pleasure.”

Neurological: Physician, age 69, who resumed drinking ten months ago after 15 years of sobriety. A recent physical uncovered significant deficits in both immediate and short-term memory. He strongly resists treatment (“I know all that stuff already”) and has hired an expensive attorney to fight any effort to force him to quit practicing.

Family: 68-year old female with a history of chronic alcoholism, hospitalized for complications of liver disease. Her attending physician ordered a consult with a psychiatrist, who after seeing her, recommended residential treatment. Her husband vigorously resists that. “Her daughter and I believe it’s her wish to die,” he insists. “We’ve made our peace. I’m instructing you not to interfere.”

Social and economic:  Former inmate, 72, released after 24 years in state custody. He suffers from chronic lung and heart disease. He reports that he quit heroin on the day before he was incarcerated and then resumed on the day of his release from prison. Now, on the third day in the hospital detox unit, he’s worried over his future. “I got no money, no place to go. My family won’t speak to me. I’ll be homeless. I won’t last a month on the street.”

Often, the picture is mixed:

82-year old man, depressed over the recent loss of his wife, has been taking opioids for four decades because of chronic pain. His family live elsewhere but report that during a recent visit they found him confused, sleeping little, eating irregularly, and occasionally falling. He is extremely resistant to the suggestion of counseling, claiming it’s for “weak personalities.” His adult son fears he will become suicidal and with opioids readily on hand, will succeed.

Far be it from me to pretend to have easy answers in cases such as these. For many people, however, including helping professionals, it’s tempting to give up.

“What kind of life can he have left at his age, anyway?” a medical resident remarked about a patient. The nursing supervisor agreed: “Sometimes it’s just too late to change.”

I wish they could have seen him two years later, sober and volunteering at the hospital where he was formerly a patient.

I guess it wasn’t too late after all.