Depression in a Pandemic

Depression, whatever the cause, doesn’t respond well to willpower. No better, for that matter, than addiction does. 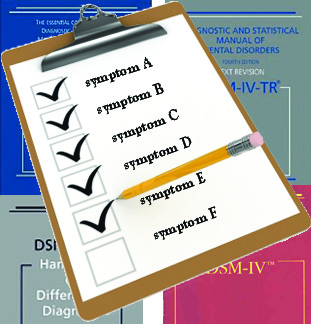 I’ve noticed that where folks are pretty sensitized to feeling anxious, they’re less self-aware when it comes to recognizing depression. But every mental health report I’ve seen asserts that depression is on  the rise– particularly what’s sometimes referred to as situational depression. That’s triggered by stress in the environment, and characterized by many of the same symptoms as its more chronic cousin.

This is one area where the DSM is not much help. It sticks with identifying symptoms, in order to achieve greater consistency of diagnosis when different clinicians observe the same set of behaviors.  That was once a major problem in psychiatry. But the DSM offers few clues when it comes to what might be causing those symptoms.

Nonetheless, there is general consensus in the mental professions on the role of stress, including trauma, in triggering a depressive episode. The pandemic certainly qualifies as a source of unusual stress. Not only directly but through a host of other stressors, such as loss of job, family separation, death of a loved one (of course), serious health conditions… “the usual suspects,” as one therapist described it. The stress is cumulative. At some point, depression sets in.

Symptoms ordinarily appear within 90 days of triggering. Most common signs are low mood, tearfulness, feelings of hopelessness. Usually those are accompanied by one or more of the following:

And– no surprise here– substance use and abuse.

I’ve wondered why so many people miss the early signs. Possibly that’s because we’ve been taught to discount them in favor of “just getting on with things.” A worthy goal, but perhaps not realistic. Depression, whatever the cause, doesn’t respond well to willpower. No better, for that matter, than addiction does.

What can help? For one thing, talking about it with someone. A professional, for instance.

“I tried talking about it with friends and it just made me feel worse.”

That happens with some frequency, leading the sufferer to conclude that it’s talking that’s bad, when in fact it’s most likely the response from the listener. There’s a reason mental health clinicians spend years learning to recognize and respond therapeutically to depression — which is far and away the most common mental health problem they’ll face in practice.

“It’d feel weird spilling my guts to a video camera.”

Many clinicians felt the same way before the pandemic made telehealth treatment an absolutely necessity. For the most part, they’ve become fans. In  some ways, it’s easier for patients to discuss difficult issues from the comfort of their home. And many clients appreciate not having to hassle commuting to and from appointments. Which by the way, now seem easier to schedule.

One rule that seems to hold across the board: seeking help early is better than waiting for things to worsen. That’s how folks wind up in a crisis situation that later on, they realize could have been avoided.

The Power of Denial