Many hospitals are notoriously lax about testing, and if you really are injured, who can blame them?

Which like so many others, has turned out to be less simple than initially thought.

This happened in the very early hours of the morning near the Las Vegas international airport. It involved a 22 year old NFL football player who was returning home after a big game:

Let’s set the scene: The aftermath of a single car accident, the driver alone in the vehicle. Somehow he managed to crash into the wall of a tunnel leading away from the airport. No other vehicles or drivers were involved. He suffered a cut on the forehead, the result of an airbag deploying. The officer who arrived described the driver as having a strong odor of alcohol. He did complete field sobriety tests but presumably refused the breath test (increasingly common, I’m told). He was taken to jail where according to various accounts, his blood alcohol was tested by jail staff. It seems as if his blood levels were below the legal limit, so he was not charged with driving while intoxicated.

Let’s take a minute to look at how field sobriety tests work in practice: In most states, they involve three different exercises. First the horizontal nystagmus test (“follow my finger with your eyes as it moves from side to side”). Next, the walk-and-turn, the one most TV viewers are familiar with (“take 9 steps heel to toe, turn on one foot, and repeat as you walk back to the point of origin”, and the one-legged stand (“Lift one foot 6 inches and hold for 30 seconds.”) It’s not a pass-fail situation, but offers an opportunity for the officers to observe for widely recognized signs of impairment– alcohol or drug-related being the most common examples. Anyway, it seems the young man performed acceptably on the tests.

The media accounts are fuzzy as to the time elapsed between the accident and the blood test at the jail. That can be important because alcohol eliminates fairly rapidly from the bloodstream and it doesn’t take all that long in most instances for the blood levels to drop below the legal limits for impairment. No report as to the final tally in this man’s case.

His attorneys showed up and released a statement to the media– he’s a minor celeb, after all– that no charges had been filed against him and if there were in future, he would plead not guilty.

A couple days later the young man made a statement of his own offering an alternative explanation: rather than intoxicated, he now believed he had fallen asleep at the wheel. It happened at 4:40 a.m., after all.

We should remember that when an NFL player is involved in such an incident,  the League can step in to levy consequences of its own. Frequently those come in the form of a fine and perhaps even  suspension for a number of games, without pay. In the case of a professional football player, that can amount to quite a bit of lost income. Then there are legal fees and of course, any fines and costs the Court may impose if convicted. Those may seem relatively minor by comparison.

When I first read about this incident, I thought that there were only two other possible explanations besides intoxication for a single-car accident in a narrow tunnel with likely no other traffic present.  One was a blowout, and the other was falling asleep (with or without the aid of central nervous system depressants). Then there was the officer’s report of the odor of alcohol that seemed to tip the balance in favor of drunk driving. On the other hand, there wasn’t any objective confirmation from a blood draw, urinalysis, or a breathalyzer reading.

Plenty of room for his attorneys to dance through. And it may be that the prosecutors understood that, as they had yet to press charges.

Of course, it’s well known among people who regularly drink in bars and restaurants (and among the attorneys who represent them) that if you’re involved in an accident, a trip to the hospital for medical examination and care is a good way to increase your chances of avoiding a charge of drunk driving. Many hospitals are notoriously lax about testing, and if you really are injured, who can blame them? “That’s not my concern,” one ER physician explained to me. “I’m here to deal with injuries.” Another added that she had neither the time nor the inclination to get involved in somebody’s court case.

Can’t blame her, I suppose. Still, it leaves a convenient escape hatch for drunk drivers.

Maybe the young athlete really did fall asleep. As the saying goes, nothing good ever happens on the road at 4 a.m. 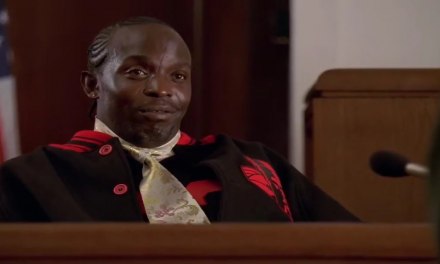