Unhealthy conflict among staff can ‘bleed’ over into patient care, and that’s never good. 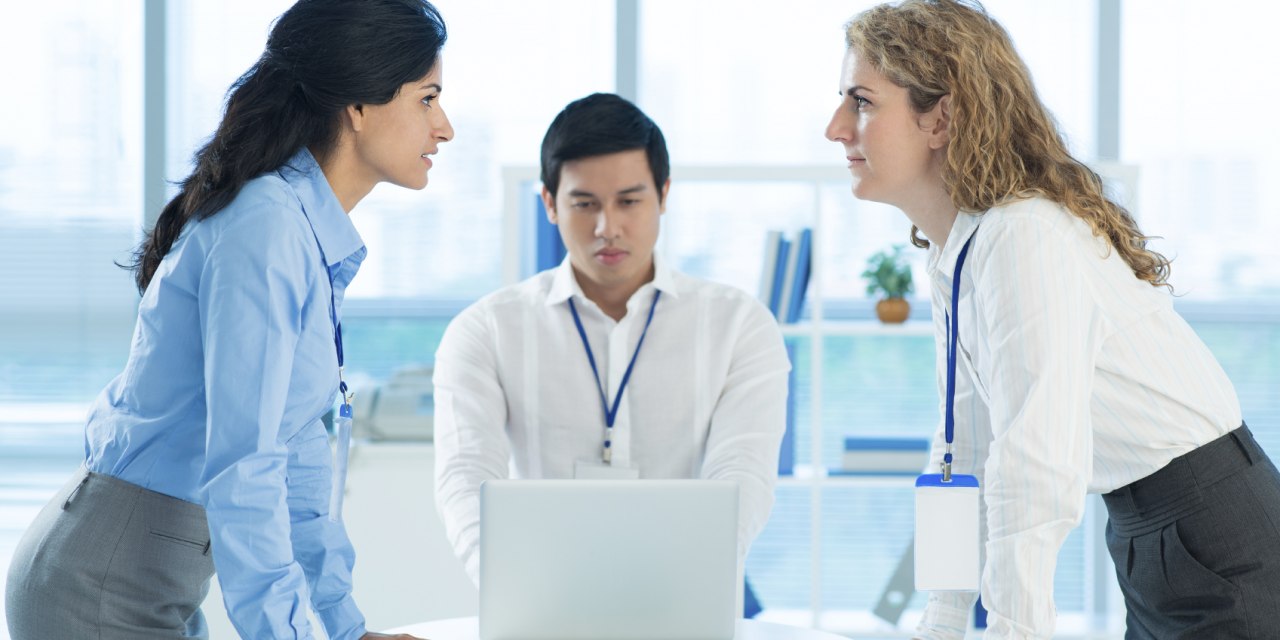 Conflict isn’t necessarily unhealthy– it sometimes arises because staff are trying to improve their respective functions– but it needs to be managed. For obvious reasons, that job falls to the manager.

Any conflict, however understandable, can’t be allowed to interfere with operations, or to otherwise disrupt the daily life of the workplace (as with arguing, or resentful silences). That’s particularly essential in a healing environment. Unhealthy conflict among staff can ‘bleed’ over into patient care, and that’s never good.

Let’s define healthy conflict as disagreement or dispute that leads to improved decision-making. Unhealthy conflict occurs when things turn personal and begin to interfere with the mission of the organization.

In practice, a manager has several paths to follow in dealing with unhealthy conflict. S/he can:

Frankly, mediation is the only genuinely useful tool for resolving conflicts of any severity. Nonetheless, managers may struggle to make use of it, and (consciously or not) avoid it.

How to deal with employees in conflict

A last note: When conflicts are localized to one or two individuals or departments, avoid expanding them to the organization as a whole, which is what can happen if you hold a staff-wide meeting to admonish everyone about your expectations  in terms of their behavior. The unintended result is often an increase in gossip and rumor as well as the taking of sides based on personal loyalties and sympathies. Not a good outcome. Unless it’s something that directly applies to everyone, don’t involve them.