Most people who enact laws aren’t healthcare experts or even for that matter particularly interested in the subject of addiction and treatment.

We read a lot about lobbying and influence in government, and mostly it just reinforces our feeling of helplessness. How could we possibly influence the political process without taking politicians to expensive lunches or emptying our meager bank accounts for campaign contributions?

It’s daunting. Still, there are ways. I’m not political by nature, but I did live and practice in the Washington DC area for 25 years, and picked up some helpful hints along the way from true experts– many in recovery, some still drunk, on the topic of making yourself heard by those who make laws.

One colleague of mine had served as State director of alcohol and drug services in three different states. He was a recovering alcoholic and a licensed social worker with a gift for gab. Having served under a number of governors from both sides of the aisle, he contended that party affiliation made little difference, because hardly anyone on either side had a clue about the real needs of the alcoholic and addict. Instead, he advised, look for people who were willing to listen to your experience, and seek out those more interested in pragmatic solutions than grand plans. “If you encounter somebody in government who aims to eliminate crime or poverty, run in the other direction,” he warned. “It just means they’ll shift your funding elsewhere.”

He had a point. Public sector funding has been a yo-yo on a string for as long as I can remember. I recall working in a hospital in the ’70s where I watched the addiction program live and die according to the whims of budget committees. The hospital opened the unit with the aim of getting alcoholics off the medical and psych wards, then closed it again a couple years later in response to Medicaid cuts, then reopened it when funding was partially restored, only to close it again when managed care hit.

I understand the hospital’s commitment was mostly to getting paid, and the legislature’s to getting reelected. Still you’d think they could have come up with something less accordion-like.

Most people who enact laws aren’t healthcare experts or even for that matter particularly interested in the subject of addiction and treatment. Their real interest is in water rights or land values or tax cuts for the wealthy. There’s little time to learn complicated new stuff even if they wanted to. They rely on staffers, usually young and bright and eager, to research and prepare their opinions for them.

That’s your way into the inner workings of The System.

As a veteran pol explained it to me, don’t bother going to Washington or the state capital in hopes of influencing legislation. There’s likely a hundred other better-connected people there already, doing the same thing. Instead, visit (preferably in pairs) your elected rep’s office in your community, wherever that happens to be. Ask to meet with a staffer and introduce yourselves as voters with knowledge and experience in addictions and recovery. Tell them a little about your background and volunteer to read a bill or other piece of legislation, or comment on a committee report, if and when one comes up. Be sure to present yourselves as not only knowledgeable but impartial. You don’t want to come across as a finger-wagger or a passionate advocate for a particular program. There are plenty of those around already. You want to be seen as a helpful resource. Let the staffers  know that if they email you something to look at, you’ll get back to them within a reasonable period with intelligent written comments.

Being  a voter in the home district means a lot to somebody who has to run for office on a regular basis just to keep their job. Heck, you may even find yourself invited to testify before a committee.

Sure, it’s a small step. But its one that many of us are well equipped to take. 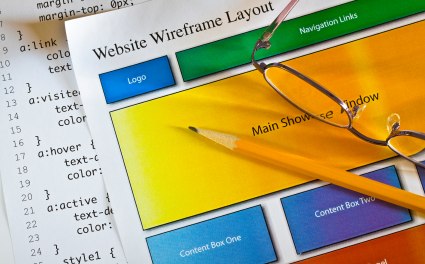