By extension, (women’s) recovery success will positively affect communities’ (and the nation’s) health and economy. 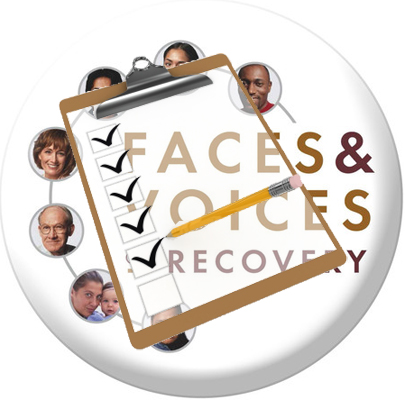 Addiction affects everyone… But what do the different experiences of men and women seeking help or in addiction recovery mean for policies and support systems?

These studies are usually geographically limited, use small samples and often recruit participants in treatment, so their bearing on the experiences of the broader recovery community, including people with many years of sustained recovery, are limited. To start documenting the benefits of recovery on a broader scale, Faces & Voices of Recovery and I conducted the first nationwide survey of persons in addiction recovery.

Our online survey asked people to report whether they had experienced a list of positive and negative consequences, first, in active addiction, then, since entering recovery. A total of 3,228 surveys were completed.

We documented dramatic improvements in all areas of life as a function of recovery. What’s more, these improvements continue as recovery is sustained for longer periods of time, underlining the need for a continuum of services and supports and for policy that promotes (rather than hinders) recovery. Our findings also counter the negative stereotypes about people in recovery by showing that they work, pay taxes and debts, are engaged in their community (volunteering, voting), take care of their family and of their health.

Equally noteworthy are significant differences we found between men and women, especially in active addiction. While national surveys report higher rates of both alcohol and other drug use among men compared to women, experts have noted that women disproportionately suffer some consequences of drug use.

Our findings show widespread harm caused by active addiction on all aspects of life – for men and women. But women are especially affected in the areas of family and health during their active addiction:

We also found areas where men reported greater rates of negative consequences while in active addiction; specifically in their finances and levels of involvement with the criminal justice system.

Finally, findings show that in recovery, both men and women experience significant life improvements. The most enduring gender differences in recovery are associated with the differences experienced while in active addiction; e.g., more men than women expunged their criminal record (13% vs. 8%), got their driver’s license back (56% vs. 38%) and got off probation or parole (31% vs. 21%).

Also noteworthy: The dramatic gender differences in the area of health in active addiction disappear in recovery.

These findings have many implications for policy, including treatment and recovery support services. For instance, while it’s recognized that women have unique needs in addiction treatment and recovery (e.g., mental health, child care, financial help), less than half of the treatment facilities in the US provide special programs or groups for women and the availability of women-focused recovery promoting services in the community is unknown.

Given their central role in child rearing, supporting women’s recovery (and overall health) is critical for the women themselves and for the health and well-being of future generations. By extension, their recovery success will positively affect communities’ (and the nation’s) health and economy.

For men, the findings underline the need for opportunities to address financial and legal issues that arise disproportionately in active addiction so that potential obstacles to numerous recovery goals such as employment and housing can be successfully addressed. More recommendations can be found here.

Alexandre Laudet, Ph.D., is Director of the Center for the Study of Addictions and Recovery at the National Development and Research Institutes, Inc. You can follow her on Twitter as @AlexandreLaudet