Kids like to bring up the fact that alcohol kills many times more Americans than marijuana (or heroin, or cocaine). So why are those drugs illegal, their use subject to harsh punishment, when alcohol isn’t? 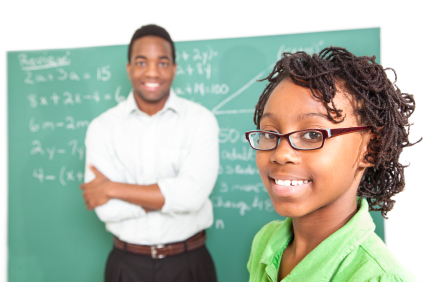 I’m a teacher faced with the challenge of teaching my junior high students about the dangers of illegal drug use. The kids get stuck on why some drugs are legal and others aren’t. What’s the best way to answer?”

It’s a confusing issue. The rules about drug use don’t always make a lot of sense. Kids have an active sense of contradiction that hones in on inconsistencies at warp speed.

For instance, they like to bring up the fact that alcohol kills many times more Americans than marijuana (or heroin, or cocaine). So why are those drugs illegal, their use subject to harsh punishment, when alcohol isn’t?

You have to admit it’s a reasonable question. The answer has to do with our nation’s long history with alcohol, and the fact that most Americans drink.

Kids have questions about that, too. In history class they learn about the opium problem in China, which at one point in history was so bad that perhaps half of Chinese adults were opium users. The Chinese eventually banned opium. So why don’t we do the same with alcohol?

The answer you already know: America tried, back in the 1930’s, but it didn’t take. The number of alcohol-related problems decreased, but the rate of prohibition-related problems went way up. Principally, in the form of exploding crime rates.

But the kid might ask, if prohibition doesn’t work, why bother prohibiting drugs like cocaine and marijuana? Trafficking is a big source of crime there, too. How come we haven’t legalized them?

Answer: Because despite their popularity, most Americans don’t use them. If they did, we’d probably see a larger movement towards legalization.

Kids get the impression that our societal laws about drug use are mostly reflections of politics and customs, not logic or science. And that’s true. But it doesn’t always mean they’re a bad idea.

Take cigarette smoking. I’m told that back in the early years of the 20th Century, lung cancer was virtually unheard of. We had plenty of tobacco use, in the form of cigars and pipes and snuff and chewing tobacco, but very little lung cancer. A doctor could go many years without seeing a case. Then came the manufactured, mass-produced cigarette. Think of it as a crack pipe for nicotine. Health experts figured out that it was a major culprit in the increase of tobacco-related disease. Some wanted to ban it, but nobody thought that society would be willing to ban it. By that time, there were just too many smokers. After considerable argument, they went with a massive public education effort, and taxation.

It worked OK. We still lose about a thousand Americans every day to tobacco-related illness, but many have quit, and the numbers of new smokers have decreased. Still, the societal costs remain enormous. That’s a good illustration of the dilemma. No matter which way we go, there’s a price to pay. Those related to enforcement, and those related to widespread use. It’s a difficult decision for a society to make.

It’s tempting to dither and debate, trying one method after another.