Smaller government is not always better government. It shouldn’t take a major health crisis to remind us.

It’s a sordid story. But by now, not a terribly surprising one.

The average person struggles to understand how a respected physician can somehow transform into a criminal– one who diverts addictive drugs to the illegal street trade. “Is it just greed?” somebody will ask. That’s part of it, sure. “But don’t they swear an oath to help people?” Indeed they do. “So what happened?”

Medicine is a profession that, far more than most, depends on the public’s trust. Once people lose confidence in physicians, it makes for real difficulties when a genuine health crisis emerges– such as, for example, a pandemic that requires vaccination on a massive scale.

The power to write prescriptions carries with it a degree of risk. Checks and balances exist as safeguards for consumers against the potential for abuse. In this case, those were ineffective. According to the article, they failed in several important ways.

First, a ‘flat-footed’ (great term!) response from regulators– meaning they weren’t able to stay on top of what proved to be a fast-growing problem, despite numerous red flags and warnings of trouble to come. That’s not entirely surprising, given the number of states where budget and political conflicts over the past decade have led to a gutting of key agencies. Hint: Smaller government is not always better government. It shouldn’t take a major health crisis to remind us of this.

Second: lawmakers who couldn’t manage to pass laws that allowed close monitoring of prescriptions. We know which medications are especially vulnerable to abuse– so why not track them? I suspect such decisions are influenced by lobbyists. Pharmaceutical interests routinely outspend other industries to lobby politicians and government officials. That’s because it works.

Third: Corporations that fell into the trap of using black marketeers to distribute drugs. Did the big firms realize who had infiltrated the supply chain? and if they had, would they have stopped dealing with them? Then again, if nobody’s tracking it, who is around to object when some small-town drugstore orders vast quantities of opioids painkillers — far in excess of any conceivable legitimate need?

Also: When there’s money involved, it attracts the interest of criminal enterprise. They’re always on the lookout for a new opportunity. They’re risk-takers, the boldest around. And corrupting others is their business model.

I would add to the list the medical profession’s naive acceptance of assurances as to the safety and effectiveness of long-term opioid use for chronic pain. I know I’ve mentioned before that accreditation survey around 2000 where the surveyor actually advised our staff to provide opioid prescriptions to patients on discharge so they could treat their pain without turning to heroin. Our patients, by the way, had long histories of opioid abuse. Maybe the surveyor didn’t realize they were conditioned them to respond to almost any somatic discomfort with more drug use. Give in to that craving, however, and the addiction reawakens, demanding more.

Anyway, few things are more prized by addicts on the street than a prescription painkiller in its original packaging. Why?

Because you can trust it, right? 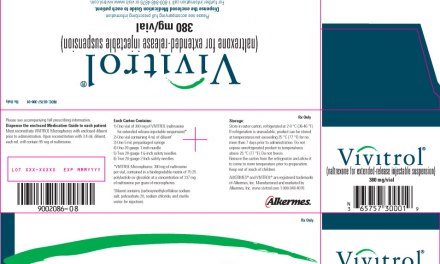