People attend AA for a variety of reasons, in different stages of readiness, and with diverse objectives in mind.

This came up during a LinkedIn discussion: the oft-repeated claim that AA has a ‘success rate’ of just 5%. The implication being that only one in twenty AA members actually achieves recovery. That didn’t reflect my experience with AA and treatment, so I thought I’d check it out. Had I just not been paying attention all these years?

Anyway, the source of the 5% figure turned out to be a summary of five surveys conducted by AA on its membership between 1977 and 1989. One of its findings was that only 5% of those who attended AA were still attending more than a year later. Nearly half had dropped out after the initial few months.

The 5% figure, in other words, is actually a measure of attendance, not effectiveness. Critics of AA have concluded that someone who doesn’t attend for more than a year is in some way a failure. That’s hard to understand because we don’t know what benefits the participant obtained from attending, or what personal goals were achieved. We might interpret it as a suggestion that AA be more welcoming to newcomers, but we can’t draw accurate conclusions about AA’s effectiveness. That’s a different issue altogether.

People attend AA for a variety of reasons, in different stages of readiness, with diverse objectives in mind. Some are highly self-motivated, but a much larger percentage are quite ambivalent about recovery, and a significant number do not want to attend at all. They come simply because they’re compelled, by the Courts or another authority. The reasons for dropping out of AA are equally diverse.

How long does one need to participate in AA in order to benefit? AA doesn’t say; it’s an open-ended program in which people are encouraged to ‘keep coming back’. But if we use drug treatment as an example, research has suggested a minimum of 90 days per treatment episode to ensure optimal benefit. That’s with the acknowledgment that most clients will require multiple treatment episodes to establish recovery — seven or eight is often cited as the norm. And in that case we’re talking about structured therapy delivered by licensed professionals, using evidence-based practices.

If that’s the best we have, why would we apply a far more stringent standard (of a year or more) to a peer-led support fellowship such as AA? Unless our intent is just to make AA appear ineffective.

The reality: most folks attend for awhile, perhaps drop out, return later, perhaps drop out again, return again still later. I met one individual who reported attending faithfully for six months before he relocated to a different city, after which he did not attend another meeting for almost five years. He remained sober, so we wouldn’t want to call him a failure.

By the way, a different AA survey found that active members fell neatly into three groups. A third had been sober for more than ten years. At the other end of the spectrum, slightly less than a third were in their first year. Presumably that included newcomers and those with fairly recent relapses. The rest reported one to ten years of involvement, with the smallest group falling into the one to five year category.

Which makes me wonder if perhaps there’s a tendency for many folks to pull back around the one year mark. Maybe the goals that drove initial participation have been met. Maybe people feel they’ve gotten as much as they want from AA, for the time being.

Something I’d be interested in knowing: The percent of “successful” AA members who lapsed or relapsed during their quest for abstinence. We know that most clients in professional treatment lapse during the first year, and that the bulk of those lapses occur in the initial few months. Yet there’s evidence that clients benefit significantly from their participation in treatment, even with the lapses.

I don’t see much reason to assume otherwise when it comes to AA.

Enough for now. In another installment, we’ll review some of the differences between what we can expect from a peer-led support fellowship versus a professionally-designed and delivered program of treatment. There are a number of those differences. 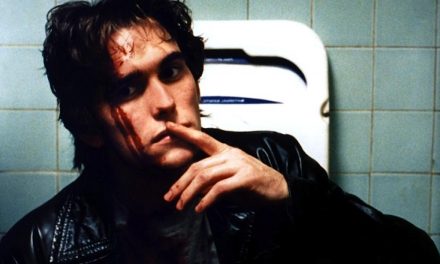