Meanwhile it’s tempting for politicians to point to a particular statistic that appears to support their position, regardless of evidence to the contrary. Think “alternative facts.”

I know there’s a vast amount of new information coming our way these days, much of it involving science and statistics. It helps to have some knowledge of how it can be used to deceive as well as inform. You already know this, of course, but that’s not the same as being able identify it in self-defense. That requires education and practice.

When I use the term “BS”, I mean communications that may not rise to the level of outright lying but are nonetheless a distortion of truth in someone’s favor. Politics and business are (no surprise) chock full of BS and BSers. Some highly paid for doing just that. Others are simply true believers in one cause or another. The outcome is the same.

A few things worth looking out for:

People who use a term to mean different things.  Coronavirus fatality rates make a good example. One article refers to the common medical use, calculating the percentage of COVID-19 patients who are likely to die from the disease. 4-7%, for instance. But another on the same site may use fatality rate to indicate the percent of the total US population likely to die. That’ll be a much, much smaller number – “.04%”, a headline might read. Which if you’re looking to minimize public concern, makes it very useful for propaganda purposes.

The life cycle of information on social media platforms is ridiculously short. Someone can post misinformation in the hope that it will have an impact and disappear before anyone gets around to discrediting it. A recent study concluded that half the messages on social media around coronavirus are generated by bots, not actual humans.

I don’t think those bots are there to provide serious intellectual perspective, do you?

Relying on undercounts to determine risk. This happened often during the early years of the prescription drug epidemic – the actual spread of opioid use was far greater than reported. It’s being repeated now with coronavirus.  That’s what usually happens in situations where you’re forced to estimate based on available data, and the data, it turns out, is no good. When the smoke finally clears, many experts believe we’ll find the death toll much greater than we’ve been told. By then, we’ll have moved on to some other topic.

Exaggerating premature results to support your position: this happens all the time with prevention programs in drug abuse – there was a time when we heard that police officers speaking to young children was an effective way to prevent them from turning to drugs when they reached adolescence. Later research indicated it wasn’t. Same now for early returns on treatments and tests for COVID-19 – we keep hearing that this or that is “promising” – meaning it’s not ready yet. But that’s enough in the current atmosphere to drive up some firm’s stock price and attract new investment.

Pure fabrication: say you’re asked a question on TV that you can’t answer. Rather than admit it, you make something up. The goal being to look good onscreen, regardless of truthfulness. Again, with the hope that few will be alert enough to notice.

Playing to prejudice: I recall during early days how often we heard that COVID-19 was really only dangerous for older folks. The implication: let them take the precautions. Now we hear it’s minorities that are at risk, once again implying the rest of us are not. Which isn’t true. Besides, it discounts the risk of infecting others (even ‘superspreading’).

These are just a few among many examples, of course. Worth being alert to. There are a vast number of special interests competing for attention in today’s world, and many of them use quite sophisticated techniques for manipulating the audience.

Treating an estimate as a fixed total. During any epidemic, formulas are used to extrapolate future totals (such as cases and deaths) from available evidence. It’s a process inherently subject to error, which is why projections are frequently revised to reflect changing conditions. After awhile experts reach something like a consensus, and things settle down a bit. Meanwhile it’s tempting for politicians to point to a particular statistic that appears to support their position, regardless of evidence to the contrary. A form of cherry-picking via “alternative facts.”

Recently I came across an interesting piece about the role pandemics have played throughout history in establishing science as the primary source for certain types of decision-making. As opposed to religion and philosophy, I mean. In the past, when disease struck and people were dying en masse, it was science that finally came up with the answers, such as they were. Confronted with certain types of problems, we learned to trust the science over the priests and the politicians.

No reason to stop now. 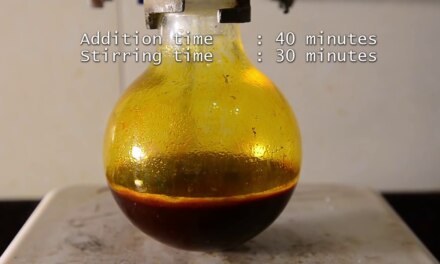