That’s progress, right? One of many things that have changed, albeit slowly.

Attitudes towards addiction can change. I have proof.

Not long ago I was startled to hear my own doctor, a diabetes specialist, compare recovery from diabetes to recovery from an addiction. Not because that’s a bad comparison — there are plenty of similarities — but because for so many years, such comparisons, made by addiction specialists, were flatly rejected by many physicians.

“Addiction is not a disease,” a rheumatologist insisted some years ago over dinner. I could tell he was spoiling for an argument, so I decided not to give him one.

“So what’s a disease?” I inquired.

He had to admit that was actually a good question. It’s one of those terms that has been given many meanings.

“Well, then, if we can’t even agree on a definition, how can we say addiction doesn’t qualify?”

That earned me a long explanation that could be summed up as: it just doesn’t. Addiction wasn’t a ‘real’ disease because it was self-induced — meaning the user had given it to himself. “Why would anyone do that?” I wanted to know. He offered no answer. It’s a mystery.

That’s an attitude that long prevailed in the medical field, and reared its head once again during the early days of the prescription drug epidemic, as a way of absolving the physician from responsibility for opioid abuse. “I tell the patient how much and how often to use this medication,” a physician would argue.”Is it my fault if they fail to listen to me?”

On another occasion, I was booed by a couple of psychiatrists at a Grand Rounds, just for referring to alcoholism as a disease. This ‘disease’ notion, they objected noisily, was just a way to relieve the drinker of responsibility for his or her behavior. It was an excuse that prevented them from getting at the ‘underlying’ psychological issues — the ‘roots’ of their drinking. Long-term therapy was required, therefore, for genuine change.

Not sure how it ended. They were still ranting when I left.

That’s why it surprised me to hear the comparison made from the other direction. It signaled me that addiction had lost some of the stigma it once carried among medical professionals.

Here’s another sign of change: when I first came to the field, it was fairly common for mental health professionals to enter into romantic relationships with patients (and their former patients). It was definitely questionable, but not to the point where others felt they could step in to intervene. Things are different today.

Same when it came to how people who worked in mental health viewed their own substance use. I clearly recall a Christmas bash for detox staff where several people disappeared into a back bedroom to try out that fashionable new party drug, cocaine. At that point the drug was regarded, even by many experts, as a relatively benign indulgence. That was based on “research” later found to be unreliable.

It was even permissible for treatment staff to get drunk in public on social occasions. My colleagues didn’t see that as evidence of alcoholism. After all, you weren’t an alcoholic. You were a member of the staff. Alcoholics are patients.

No, it doesn’t make any sense. Denial rarely does.

Anyway, things have changed for the better. In some respects. 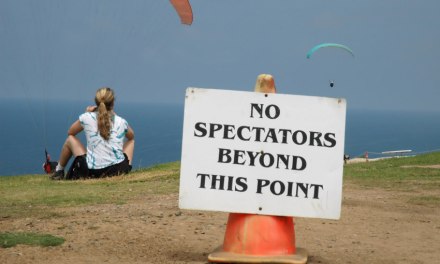