There’s always someone who is convinced that with the right support, the right technique, they could once again drink socially.

Models of Addiction, Part Five: Moderation, or “A Return to Social Drinking?”

This is the dominant model in America when it comes to discussions of drinking. About 100 million Americans can be classified as ‘drinkers’, and 90% of them aren’t addicted to alcohol. It’s a challenge for them to understand the other 10%.

And the ideal of moderation in all things dates all the way back to the ancient Greeks. They had their problems with drunkenness, too, and no particular success dealing with it.

The moderation model is based on the assumption that because the drinker makes a conscious choice to drink, it’s possible for him to make the choice to drink less. Through an exercise of willpower.

Couple problems with that assumption: The nature of addiction is one. Addiction is characterized by compulsion, loss of control, and continued use despite adverse consequences. Compulsion refers to the ‘potato chip syndrome’ – one drink triggers desire for another. Loss of control refers to the inability to predict key things about your own drinking episode – such as how long it will last, and whether you’ll remember it when it’s over. And alcoholics can be differentiated from other drinkers by their tendency to drink in spite of the problems they suffer – sometimes up to the point of death.

That’s why you can’t trust an alcoholic to moderate consumption by willpower alone. If he could do that, we wouldn’t have called him an alcoholic in the first place.

Nobody tries harder to regain control than an alcoholic. There’s always someone who is convinced that with the right support, the right technique, they could once again drink socially. It can become an obsession.

We should remember that alcoholics practice abstinence only because the alternative didn’t work out for them. But it’s not for lack of trying.

This article is part of a series “Models of Alcoholism and Drug Addiction.” Other articles will explore other models. 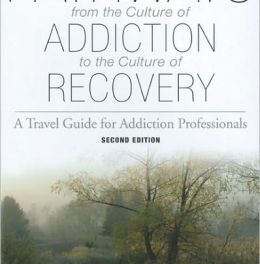