If the dose is in fact subtherapeutic, then what causes the effects so enthusiastically reported by the user?

This article may not be of much direct use to addiction clinicians, since I doubt many of you will be recommending psychedelic microdosing to your recovering clients. Still, somebody may show up in the office who’s already involved, so best to have some idea what’s going on.

“Microdosing” refers to the use, particularly long-term, of substances such as LSD, magic mushrooms, mescaline, etc., at subtherapeutic levels, in the hope that it yields benefits in terms of psychological function. Relief of depression, extra energy, improved attention span, that sort of thing. It’s been discussed since the mid-Twentieth Century, and along with nearly everything else about drug use, is experiencing renewed public attention.

Weird how in the midst of the worst drug epidemic in modern history, we’re reviving the use of a whole bunch of other drugs. But there you have it.

I first encountered the practice ten years ago. A therapist brought a case involving a high-powered young attorney who had abandoned her antidepressants in favor of LSD microdosing. I didn’t know much about the subject, but I was curious and asked about her client’s response.

“She’s convinced it’s the greatest thing ever,” the therapist replied.

“Not really. I’ve been contacted by two different family members who say she’s having mood swings and drinking more. She doesn’t have an alcohol problem. At least, she didn’t, up till now.”

We agreed she should keep a close eye on the situation and ask specific (if casual) questions about how those around her reacted to her behavior. I don’t know how this case turned out, but it’s common for others to notice symptoms of an emerging problem long before the user does.

Off the top of my head, I can see four potential areas for concern.

Adaptation: Even subtherapeutic dosing can, over the long-term, result in significant changes in brain function. How will chronic exposure impact memory, sleep, anxiety, and other areas of function?

Effectiveness: Since the dose is subtherapeutic, then what is causing all those benefits so enthusiastically reported by the user? If she’s less depressed, more content with ordinary life, less burdened by feelings of anxiety, what’s behind that? Is it the microdosing alone, or something else? How much is due to the placebo response?

What about the future? Many who wind up in addiction treatment describe their early use of substances in largely positive terms. “I felt more relaxed,” “I had more energy and confidence”, “I was less self-conscious.” Over time, however, that changed, and not for the better. With continued use, will we observe an emerging pathology? Will she increase the dose, for instance, or experience craving?

Also, what happens if the patient decides to stop microdosing? Medicine is just now fully appreciating how difficult it can be for some patients to go off antidepressants, even with a taper. It takes a while for such problems to make themselves known, and even longer for the public to become aware of them.

So once again, we’ll just have to wait and see. Don’t you just hate that? 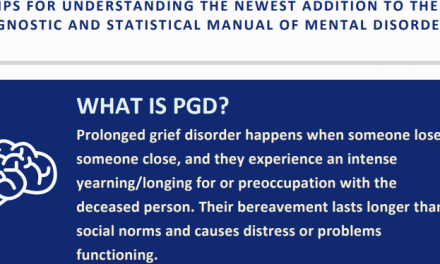