Heroin was a product of the Bayer Company of Germany, marketed as a preferred alternative to morphine– stronger, and thought to be safer 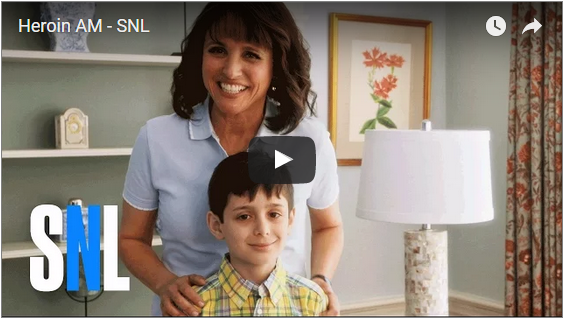 I see there was an uproar over a Saturday Night Live skit that portrayed heroin and cocaine in the way that TV might advertise a headache remedy. Viewers who took offense argued that this wasn’t a good time to be making jokes about drug abuse. I get that. However when I watched the skit, I assumed SNL was simply making fun of Big Pharma’s role in our nation’s long history of drug problems.

Here’s the video. You decide.

Most of the drug epidemics I’ve witnessed, both large and small, have featured drugs developed by reputable scientists for legit medical purposes. You probably already know that heroin was a product of the Bayer Company of Germany, marketed as a preferred alternative to morphine–  stronger, and thought to be safer (I am not making that up). It’s strikingly similar to the marketing of Oxycontin and other synthetics that led to our current problems.

German and Japanese scientists both participated in the development of amphetamines in the late 19th Century. They were quickly adopted for wartime use. Kamikaze pilots stoked up on speed to find courage, and Nazi soldiers referred to them as “Hermann Pillen”, in honor of Hermann Goring. In the post-WWII US, amphetamines were popular diet aids that helped introduce a whole generation of women to the experience of addiction. Injectable methamphetamine, favored by ‘speed freaks’, helped put an end to San Francisco’s Summer of Love. In the ’90s, baseball agonized over the impact of performance enhancing drugs (PEDs) while major leaguers continued to help themselves to “greenies” from the supply in the trainer’s cabinet.

PCP, Ketamine (Special K, Vitamin K), MDMA (Ecstasy)… all were portrayed as representing advances in medical science. All somehow found their way to the streets, for recreational use. Although I probably shouldn’t use the term recreational because it sounds too much like knitting or kite-flying. A better word would be “intoxicating”, because that’s what the user seeks.

Anyway, the list is almost endless. The closer you look at the history of drug abuse in America, the more you wonder if maybe Donald Trump should propose building a wall around Big Pharma.