Getting Drugs From Docs Part One: The Manipulators

One sign of vulnerability: the place tended to be too busy or too slow. 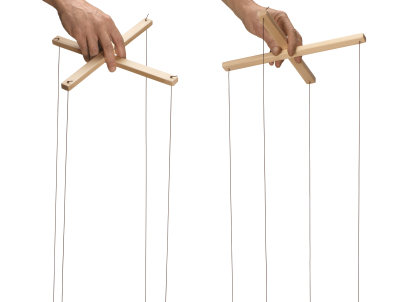 Given the explosion in opioid use, we’re seeing increased interest in ways to preparing medical practitioners to deal with drug-seekers, especially in a busy clinic or ER.

I don’t believe there’s a single foolproof method for recognizing when you’re being manipulated– anybody can be “had”– but preparation definitely helps.

For me, the really valuable lessons have come not from professionals but from recovering patients, especially one named Freddy, who for years ran a gang that specialized in procuring drugs from doctors.

The gang’s business model centered on obtaining a legit prescription that could be filled at a cooperating pharmacy. They were expert at altering such prescriptions to increase the “haul”. The filled prescription was then resold on the street, in the original packaging, after a considerable markup. “Fresh fruit, still in the box, that’s gold to your suburban middle-class doper,” Fred explained. “Makes ’em feel safe.” Other entrepreneurs sometimes bought Freddy’s goods at full price but transported them to other more distant markets, for resale — following a second markup.

Freddy felt it was important to avoid wasting time on difficult targets, so he picked carefully. One sign of vulnerability: the clinic was often either to too busy, or ironically, too slow. In healthcare, errors tend to increase during both periods.

“We actually did better when the place was quiet,” Freddy explained. “Especially if they weren’t used to seeing people like me (meaning addicts).” His crew would travel up to 100 miles find a target they believed could be easily ‘gamed’.

“It helps to rotate your targets,” his wife added. “It’s like shoplifting. You don’t want the employees to know you by sight. You can change your appearance a little, but no dark glasses or ball caps with the brim pulled down. That’s not a disguise. That’s a tipoff.”

Case your target. Freddy claims it’s almost never a waste of time to sit in a waiting room for an hour or two, just observing. You’ll see who pays close attention, who seems bored or distracted, who takes rules seriously and who doesn’t. Freddy recommended keeping an updated “book” on the  staff, along the lines of one kept by a pitching coach on opposing hitters.

Watch the ebb and flow. Which days of the week, which times of day, were most likely to yield the best results in terms of access to “product?”

Profile the staff. Young docs with less experience, or older ones with less energy — both possible targets. Avoid the energetic, experienced types. Search out times when relief staff or part-timers are on duty.

Dress the part. Doctors are only human, and in a brief contact, are more likely to assess a client on the basis of appearance. One former user found a buzz cut and a visible US Marine tattoo increased his ‘take’. Another wore a suit, often with a vest. “People see a vest as a symbol of respectability,” Freddy explained. For women, a small child can make a difference. Freddy: “who’s to know if it’s really her kid? You can rent one from a neighbor.”

Practice your presentation. A key to any effective direct sales approach. Freddy’s suggestions: never seem desperate, especially when you are. Have your story ready. Know the symptoms (even if you’re just pretending to have them). But don’t look too practiced — most docs will become suspicious if you know more about a disease than they do. Also, be persistent. It’s in the doc’s interest to move the case along and get to the next patient. Dragging out an interview often leads to quick prescription.

One woman tells of a house-meeting she attended with other addicts, where the topic was how to keep one member’s open wound from healing– so it could be used to obtain more painkillers.

In the next installment, we’ll take a look at the problem from the other side. What, if any, characteristics or behaviors can make a medical practitioner easier to manipulate?

See also “Getting Drugs from Docs Part Two: The Targets”